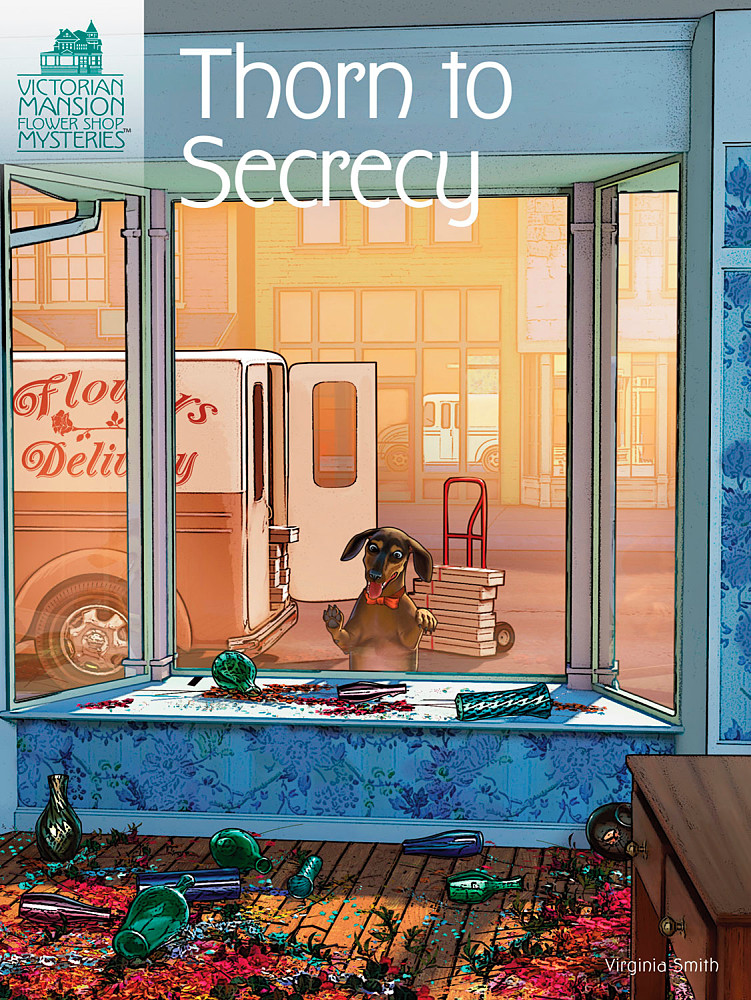 Subscribe to this club
Congratulations are in order for Turtle Cove, Washington’s favorite florist, Kaylee Bleu. She just beat out her prickly rival, Lorna Singer, for a major contract and will be decorating for the town’s Autumn Jubilee, a weekend event celebrating the start of fall on picturesque Orcas Island. Unfortunately, Kaylee’s rosy outlook is nipped in the bud when an important wholesale floral delivery she’s expecting is delayed without warning and she has to put the petal to the metal to finish a big job on time.
That minor annoyance is quickly pruned from Kaylee's worry list, however, when both her home and her shop are ruthlessly victimized by a vandal; but the real thorn in Kaylee's side is that she has no idea why. Despite her confusion and growing fear, she is determined to focus on the festival decorations and not wilt in the face of adversity.

The situation goes from a downer to downright deadly when a well-known Orcas Island resident is discovered murdered, and Kaylee finds herself a suspect in the sheriff's investigation. Not only does Kaylee have to prove that she had nothing to do with the ghastly crime, but she must also uncover who tried to shift the blame onto to her. Who is framing her, why was her shop ransacked, and what other lies about her and The Flower Patch might be growing on the Orcas Island gossip grapevine?

Nothing is as it seems, and soon Kaylee is in a race against time; not only to complete the Autumn Jubilee decor, but also to weed out a murderer hiding in plain sight. If she lets the grass grow under her feet for too long, it won't just be her life in jeopardy . . . Kaylee's closest friends could be pushing up daisies right alongside her.

“
Excellent characters and storyline. Cannot wait for the next one!
Shelagh, UK
“
Hard to put the book down!
Vicki, Oregon
“
What an exciting series! I love the quilt squares, too.
Kathy, Maryland
“
I just love all your series stories. They are a great read.
Patricia, Mississippi

Thank you for your interest in Thorn to Secrecy