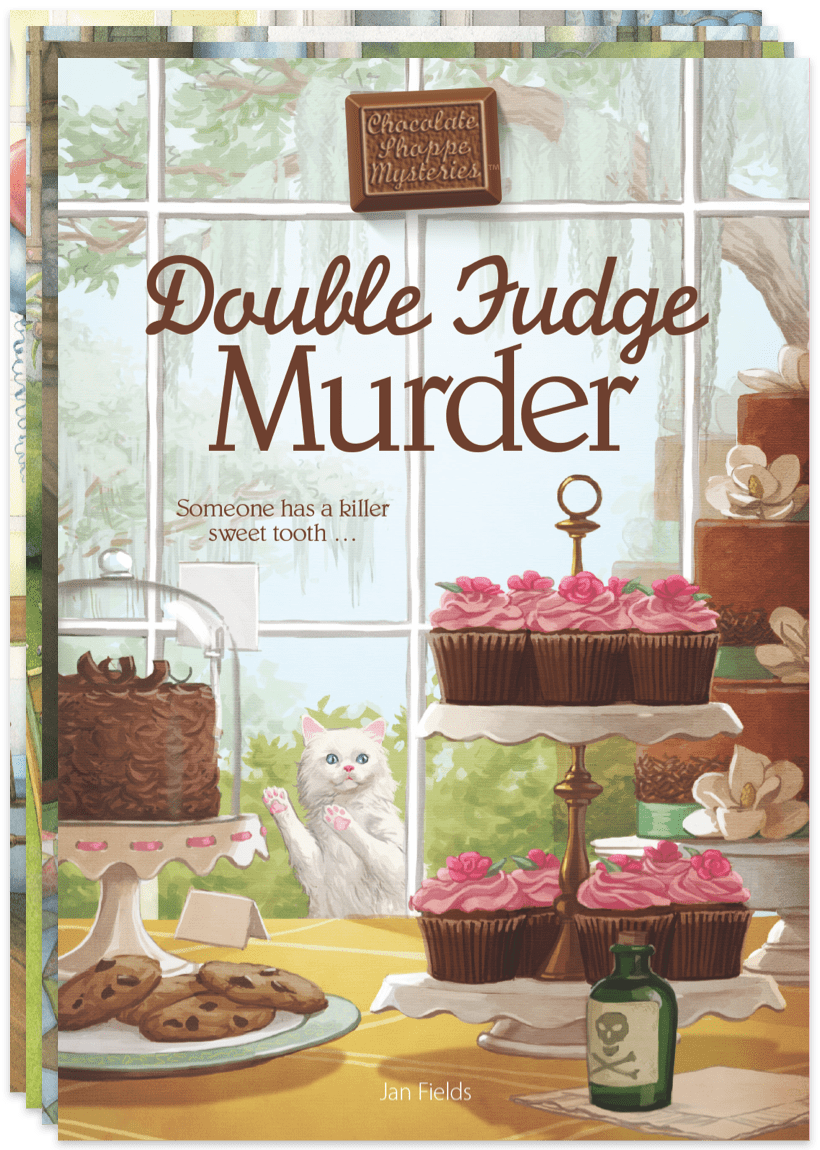 24 Books in this Club

Indulge in a recipe for murder that's darker than any chocolate.

Jillian Green is ready for a fresh start when she returns to her home sweet home of Moss Hollow, Ga. That is until a bitter turn of events leaves Jillian as the main suspect in the death of her childhood nemesis following an altercation at the high school reunion and a poisoned cupcake that appears to point back to her family business, The Chocolate Shoppe Bakery & café. Will Jillian and her supportive bunch of sleuthing friends find out who really killed Nadine Wilson and get Jillian off the hot seat? Find out how the story cooks up when you join to receive your copy of Double Fudge Murder today!

From the very first chapter, you'll find Double Fudge Murder impossible to put down. In no time you'll be cheering on Jillian Green as she stirs together a new life back in Moss Hollow, Ga., improves her dismal baking skills to keep The Chocolate Shoppe Bakery & café open for business ... endures the good-hearted meddling of her grandmother and the Southern Sweetie Pies ... and searches for the secret ingredients for murder -- motive and opportunity -- with the hopes of discovering who poisoned her longtime rival and tried to pin it on her!

Join and receive your copy of Double Fudge Murder today to join Jillian as she is whisked into the middle of a mysterious murder that has more layers than an old-fashioned southern cake. Humorous encounters and exciting discoveries are sprinkled throughout every chapter as Jillian and her friends uncover clues and find themselves mixed up in surprising new scenarios along the way. You won't believe how the story cooks up!

Under Grandma Bertie's roof at Belle Haven mansion and under her wing, Jillian prepares to take over the family business: The Chocolate Shoppe Bakery & Cafe. But she doesn't expect to find murder on the menu! Will returning home to reconnect with her Southern roots ultimately prove to be a blessing or a fatal mistake?

Jillian's down-to-earth and lovable grandmother is ready to retire from the hectic demands of running The Chocolate Shoppe Bakery & Café, but she refuses to sell to a complete stranger. Jillian is her last hope for keeping the business in the family, even if Jillian can barely boil water. Bertie is determined to help Jillian succeed in the business and to see her marry a good Southern man before the bloom falls completely off the rose.