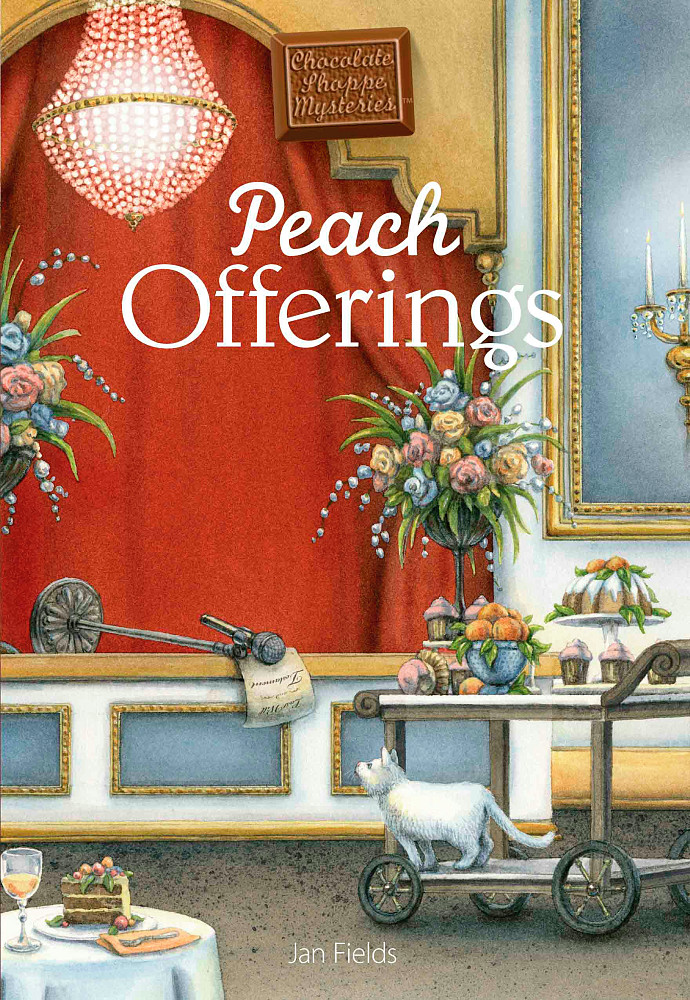 Subscribe to this club
Matthew Belmont. Just the mention of his name is enough to send chills down Jillian Green's spine. After all, Jillian had been accused of killing Belmont's daughter, Nadine, soon after her return to her childhood home in Moss Hollow, Georgia. Jillian had hoped she would never have to hear the Belmont name again.
But when Matthew hires The Chocolate Shoppe Bakery to cater a decadent dessert spread at a soiree he is hosting, Jillian is unwillingly pulled back into the intrigue that always fills the Belmont Mansion.

Soon the madness begins again. First, Belmont collapses at the party and is on the verge of death. For some reason, the old man has included Jillian in his will, so the local police are left wondering if she had something to do with his sudden illness. And if not her, then who?

Jillian may well be a very wealthy woman soon, if she can manage to stay alive. A series of accidents, including a near-fatal car crash, begin to make her suspect that someone wants to get rid of both Belmont and her!

Will Jillian, her best friend Savannah and the rest of the Southern Sweetie Pies baking club cook up the answer to the mystery of the attempt on Matthew Belmont's life? Or will the grim reaper pivot and instead set his sights on Jillian? Only time will tell if Jillian's peace offerings are in vain, or if that pesky Belmont name is once again whipping up trouble like a fresh peach trifle.

“
Excellent characters and storyline. Cannot wait for the next one!
Shelagh, UK
“
I just love all your series stories. They are a great read.
Patricia, Mississippi
“
What an exciting series! I love the quilt squares, too.
Kathy, Maryland
“
Hard to put the book down!
Vicki, Oregon

Thank you for your interest in Peach Offerings