Two Birds With One Scone 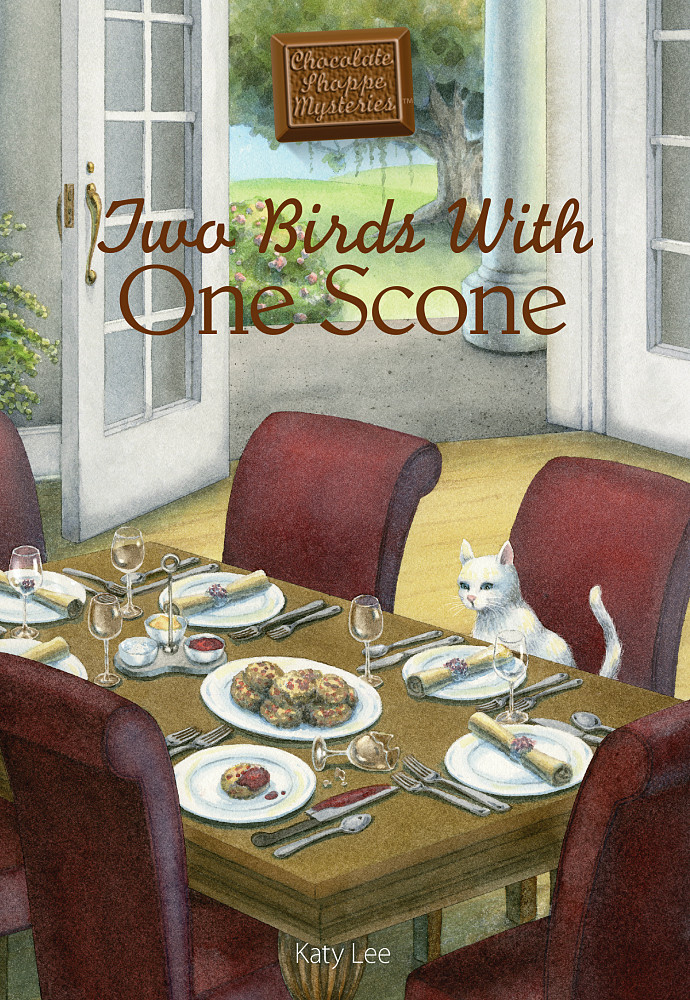 Subscribe to this club
It's June in Georgia, and the air in Moss Hollow is filled with all manner of sweet things: The fragrance of magnolia trees in bloom, the scent of goodies in the oven at The Chocolate Shoppe Bakery, and the joyful clamor of jazz music being played at a fund-raiser benefiting the high school jazz band. Despite her apprehension about catering the event solo, Jillian Green sets out to make the evening pitch-perfect. In tune with her handsome beau, Hunter Greyson, and enchanted by the friendly pianist hired for the party, Jillian finds that the event is humming along nicely. That is, until one of the partygoers ends up dead -- killed with Jillian's own knife.

Not only does Jillian own the murder weapon, but the victim also publicly threatened to sue her and the bakery the day before his death. Determined at first to clear her name, Jillian soon finds herself conducting her own probe into Sterling Macon's demise.

Who orchestrated the man's death and why? Was it the suave piano player now sitting in jail? Could it have been the victim's beauty queen fiancé, whose romantic past is anything but harmonious? Or was it an unseen player composing a vengeful scheme?

As Jillian's investigation begins a perilous crescendo, it becomes crystal clear that Moss Hollow's most elite citizens know more than they're willing to let on, and their silence is deafening. Before she knows what's hit her, Jillian gets swept up into a symphony of falsetto claims and dissonant deceit beyond her wildest imagination.
Disregarding warnings, both friendly and threatening, Jillian insists on continuing her search for the truth at any cost. Can she untangle the web of treachery before the killer strikes another harsh chord? Or will she be the next person in Moss Hollow singing a swan song?

Thank you for your interest in Two Birds With One Scone