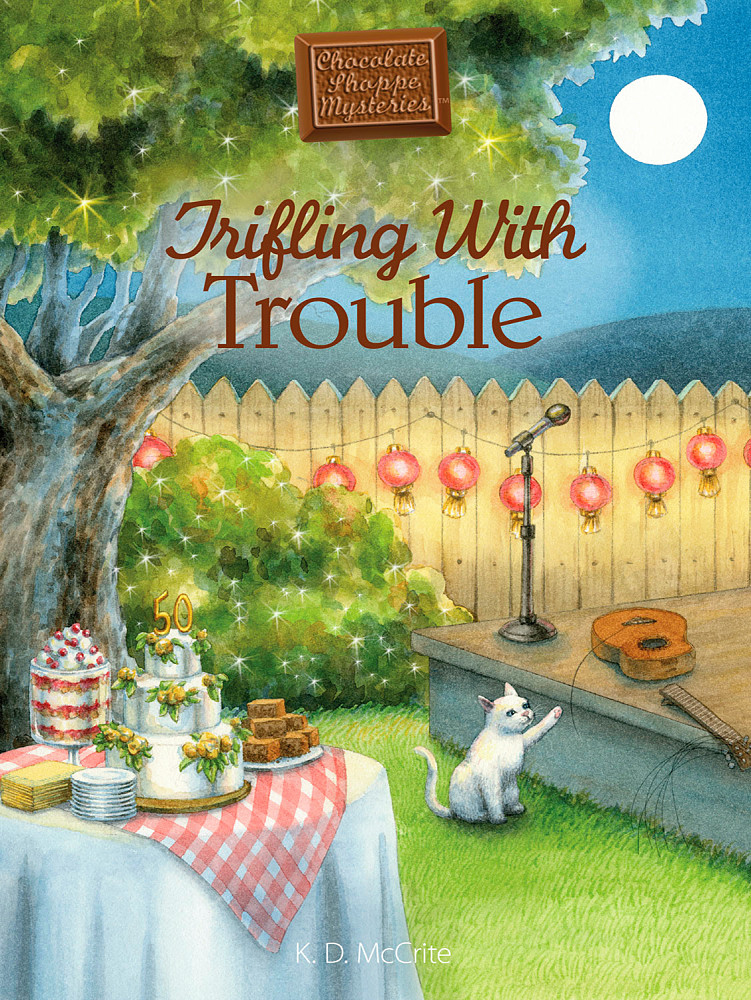 Subscribe to this club
It's the dog days of summer in Moss Hollow, Georgia, but the pace is anything but slow for Jillian Green and her friends in the Southern Sweetie Pies Baking Club. Last-minute preparations are underway for a party honoring the golden wedding anniversary of longtime club member Maudie Honeycutt and her husband, Hugh. Everybody in town is excited to fete the happy couple's impressive longevity; especially Maudie, who has arranged a secret guest for her beloved Hugh. Word of the special invitee spreads quickly, and by the time the soiree starts, it appears that Hugh might be the only person left in Moss Hollow who doesn't know he's in for the surprise of a lifetime.

Unfortunately, the celebratory mood fades fast when Hugh's party-crashing gift doesn't get the warm reception Maudie anticipates. Instead, the guest's arrival brings to light shocking revelations about Hugh's younger years, and his dubious past takes on even more gravity when, only days after the anniversary party, Hugh disappears without a trace.

When her husband vanishes, Maudie jumps to the worst conclusion: that Hugh has abandoned her to relive the dreams of his youth. However, Jillian refuses to host suspicions that the kind, gentle man she's known her entire life would walk out on his wife. But the more Jillian digs into Hugh's affairs, the more she hears about his past, and the unsettling new details have her doubting everything she thought she knew.

All of a sudden, friendships are challenged, love is questioned, and loyalties are tested. If Jillian and her friends don't get together to untangle the intricate web of secrecy soon, the party's going to be over for one of Moss Hollow's most beloved citizens.

Thank you for your interest in Trifling With Trouble