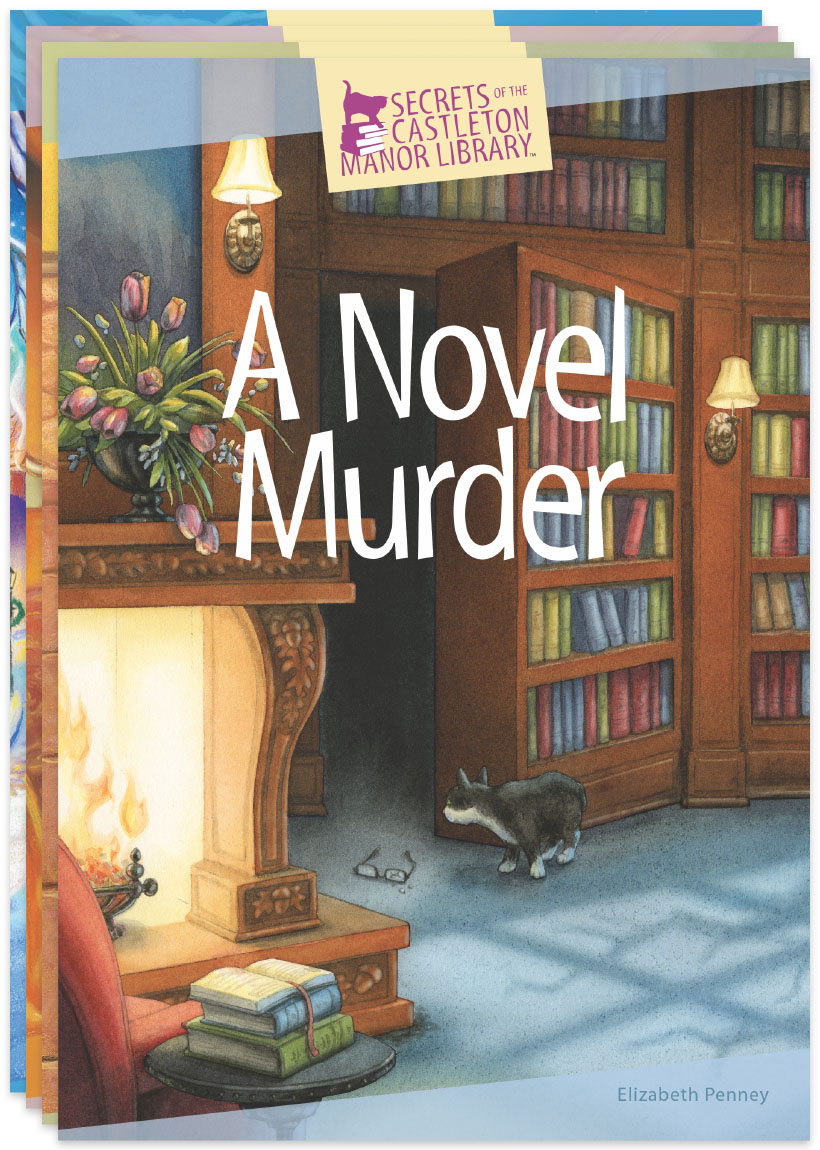 24 books in this Club

Join librarian Faith Newberry as she marries her love of books to a penchant for sleuthing.

Faith is happy to close the book on her hectic life in Boston -- unscrupulous boyfriend included -- and enjoy a fresh, peaceful start in Lighthouse Bay, Massachusetts. The opportunity to work in the grand library at Castleton Manor, the luxury resort that caters to booklovers and encourages guests to unwind with their beloved pets, is a dream come true! Even better, the new job brings Faith closer to her family, offers free lodging in the charming on-site gardener's cottage, and her cherished rescue cat, Watson, is welcome everywhere Faith is.

Just as Faith and Watson settle into their soothing, sophisticated seaside surroundings, a rough tide of horrific events rolls in, leaving a series of lies, deceit and murder in its wake! Caught in the middle of this whirlwind, Faith is shocked to learn she is the main suspect in a murder investigation. Will she be able to clear her name before the true culprit succeeds at keeping her quiet at all costs? Find out how the story unfolds when you join now to receive your copy of A Novel Murder!

Join now and receive your copy of A Novel Murder today to join Faith, Watson and the ladies in The Candle House Book Club as they uncover the spine-tingling mysteries in Lighthouse Bay that are waiting to be solved!