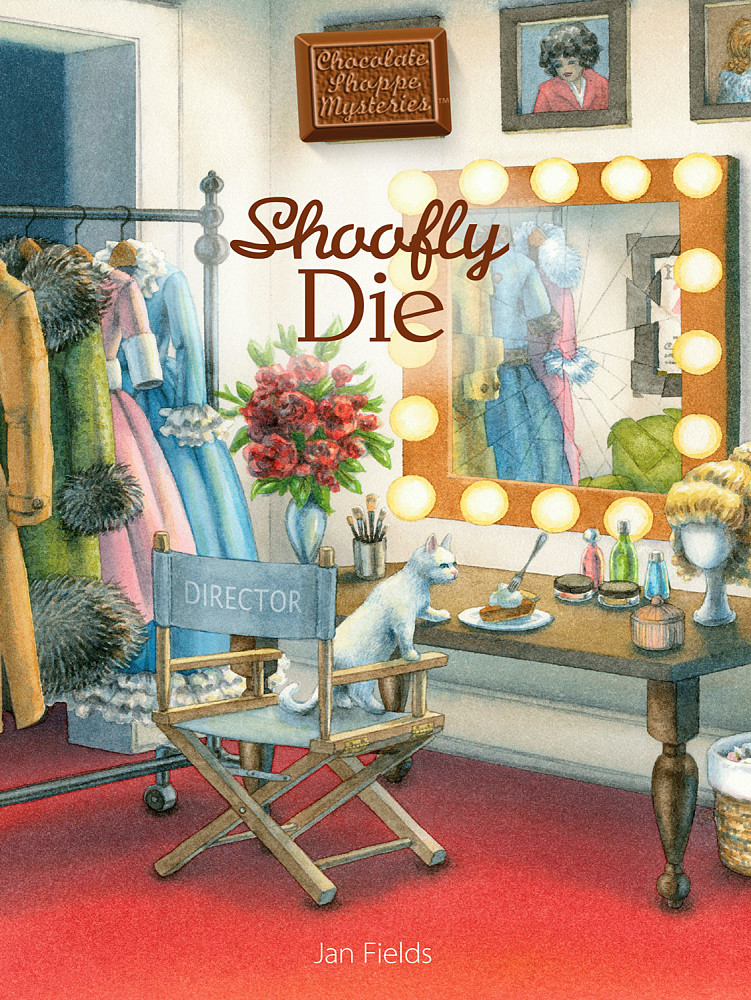 Subscribe to this club
A new theater is opening in Moss Hollow, Georgia, setting the stage for high drama and inflated egos. With too much on her plate at The Chocolate Shoppe Bakery, Jillian Green has no interest in seeking the limelight. She feels even less compelled to participate in the theater's first production, a musical murder mystery, after she meets the woman in charge, caustic New York heiress Brittany Blaine.

Not only is Brittany clearly intent on upstaging everyone in town, but she has her sights on stealing both scenes and Jillian's handsome leading man, Hunter Greyson. Concerned, Jillian nabs a front-row seat to the drama unfolding at the theater so she can keep an eye on her loved ones, and on Brittany. Hearts are broken and tempers flare during the audition process, and tensions remain high after a handful of frightening incidents befall the cast. But the true showstopper occurs when Brittany is found dead at the bottom of the stage trapdoor.

Although Brittany's cause of death is unknown, rumors swirl that Jillian's jealousy pushed her to kill the woman. Hoping to clear her name, Jillian sets out to pull back the curtain on Brittany's suspicious demise. Unfortunately, when it comes to who at the theater had a motive for murder, the better question is . . . who didn't? Was it the surly stagehand, the haughty choreographer, or someone else lurking behind the scenes?

Harrowing happenings continue to haunt the cast and crew, and stage fright becomes the least of their worries. Jillian knows that if she doesn't uncover the killer soon, the show won't go on. Can she stop the villain waiting in the wings before opening night, or will it be a fatal final act for one of Moss Hollow's most beloved citizens?

Thank you for your interest in Shoofly Die