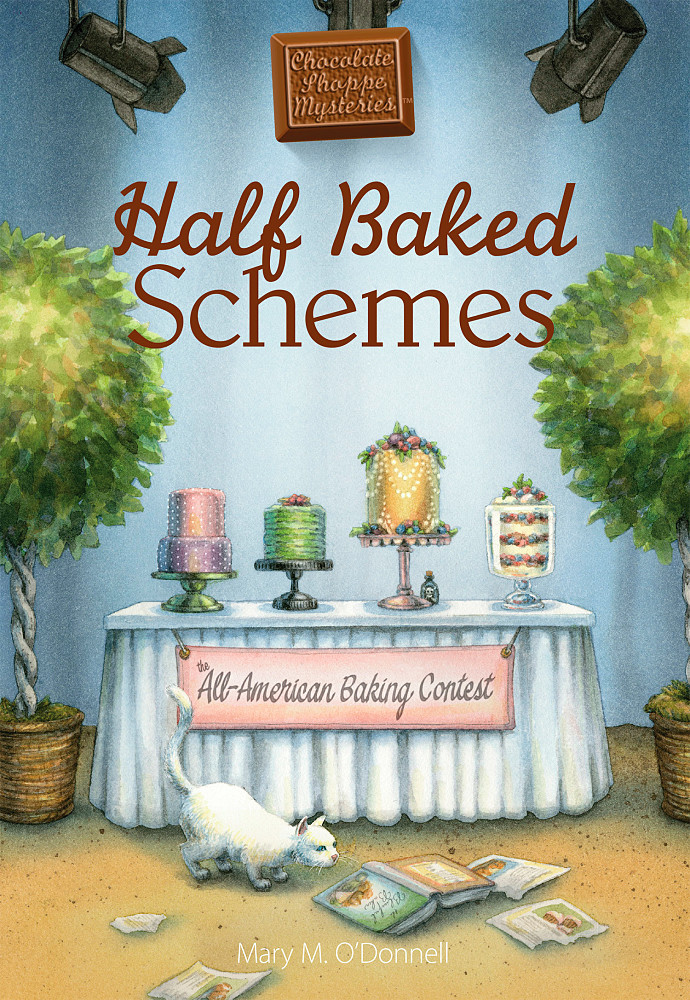 Subscribe to this club
A television reality cooking show has contracted to use Belle Haven as the location for one of its programs, and Jillian Green is excited about the notoriety—and the dough—it will bring to the estate and The Chocolate Shoppe Bakery, the family business in Moss Hollow, Georgia, owned by her grandmother.

But before filming can get off the ground, one of the judges, Florence Oglethorpe, falls victim to poisoning and the crime puts the event on the baker’s rack. The police are in a stew as to how the assault happened. Now it’s up to Jillian and her friends in the Southern Sweetie Pies baking club to ditch hairnets and aprons and get to the bottom of it.

Complicating matters is the arrival of Bonnie Trueblood, the five-year-old daughter of a cousin to Bertie Harper, Jillian’s grandmother and the owner of the Belle Haven estate. Jillian has never taken care of a little girl, but Bonnie nonetheless becomes her charge.

Jillian reads to Bonnie from a rare collection of bedtime storybooks every evening, but when the books and Bonnie come up missing the result is whipping up more bedlam in the antebellum home than Jillian thinks she can handle.

Will Jillian and her friends be able to solve the mystery of the poisoning, the theft, and the disappearance of the little princess? Is a criminal mastermind at work, or is this latest crime wave just the result of some half-baked scheme?

Thank you for your interest in Half Baked Schemes