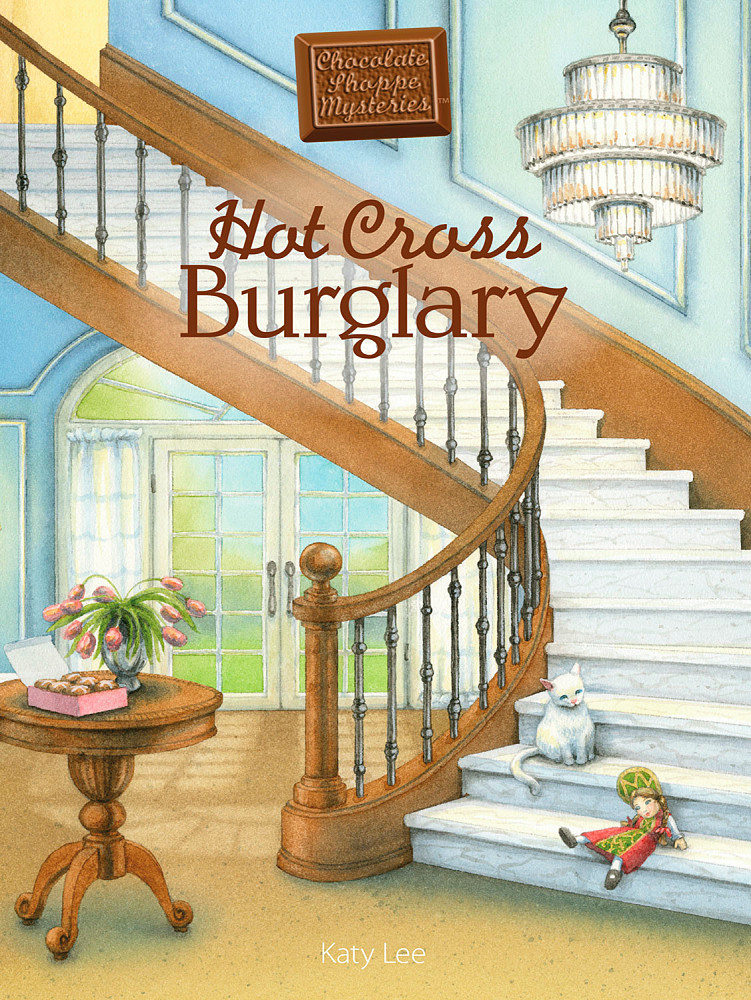 Subscribe to this club
Jillian Green's life just isn't much fun lately. Her job at The Chocolate Shoppe Bakery is all work and no play thanks to the high demand for Easter treats in Moss Hollow, Georgia. And, when her treasured childhood doll, Sophie, is sold out from under her and into the hands of Minerva Dougherty, the meanest woman in town, it's enough to make a baker feel as if she's losing her marbles.

Although she knows it's childish, Jillian is determined to get her precious porcelain doll back. Her quest leads her to Minerva's doorstep, the ominous Hedgerfield Hall, and to a horrifying discovery: the dead body of Minerva's younger, kinder sister, Rachel, at the bottom of the grand staircase.

At first glance, it appears the home was burglarized. Did a greedy thief have a hand in Rachel's tumble down the mansion's treacherous marble staircase, or was it simply an accident? Or could it be that Mean Minerva lived up to her nickname in the ultimate case of sibling rivalry?

Jillian is further rattled when burglars ransack her own home, Belle Haven. She can't imagine they would be after Sophie. After all, the doll's value is merely sentimental . . . or is it? Suddenly, Jillian finds herself drawn into a dangerous game of cat and mouse. Refusing to play the fool, she resolves to puzzle out the mysteries surrounding Hedgerfield Hall, Mean Minerva, and her cherished childhood doll.

Jillian continues to seesaw between finding the truth and keeping her loved ones safe, but she can only skate by on luck for so long. If she keeps toying with the wrong person, the next dead body in Moss Hollow could very well be hers.

Thank you for your interest in Hot Cross Burglary