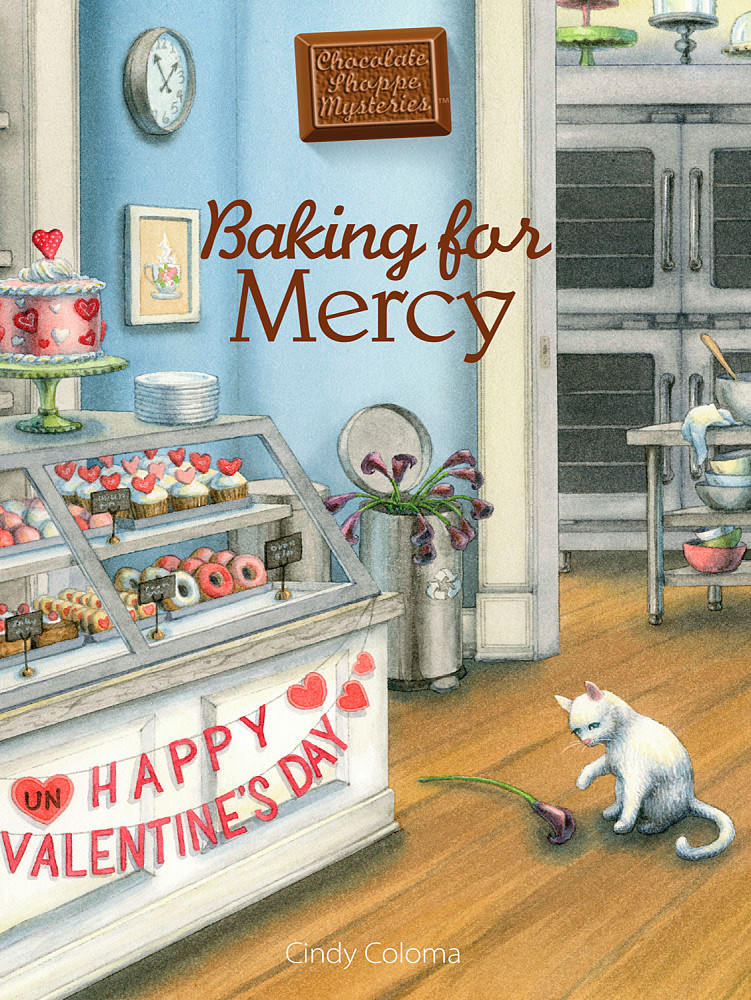 Subscribe to this club
Despite having a handsome fiancé, a sparkling engagement ring, and an upcoming dream wedding, life isn't quite coming up roses for Jillian Green this Valentine's Day. Instead, it's coming up calla lilies, purple ones to be exact, and an unusual bouquet delivered to Jillian at The Chocolate Shoppe Bakery has her wilting with anxiety.

Although friends and family thornily insist that the flowers are from Jillian's betrothed, Hunter Greyson, the unsettled bride-to-be suspects that the unwelcome arrangement was sent by her ex, David Drake. However, David was convicted of embezzling from his boss years ago, causing Jillian's own career to decompose in the process, and by her calculations he should still be rotting in prison. Why would he reach out now, when she's long since weeded him out of her life? Is he sending her an olive branch, or is he leading her up the garden path with more lies?

Soon, Jillian realizes that this bouquet delivery isn't just garden-variety romantic drama. Instead, it sets off a chain of peculiar events, and the trouble is poised to blossom out of control if Jillian doesn't nip it in the bud. That task is easier said than done, however, as a group of outsiders have come to Moss Hollow intent on enacting a grassroots movement against a new business in town, and someone from Jillian's past is at the center of the controversy.

Never one to be a shrinking violet, Jillian tries to root out the cause of all this conflict with her usual pluckiness. However, as she unearths one surprise after the next, the situation becomes more and more volatile. It might be best if Jillian leaves well enough alone, but if she doesn't, will someone she cares about be pushing up daisies?

Thank you for your interest in Baking for Mercy