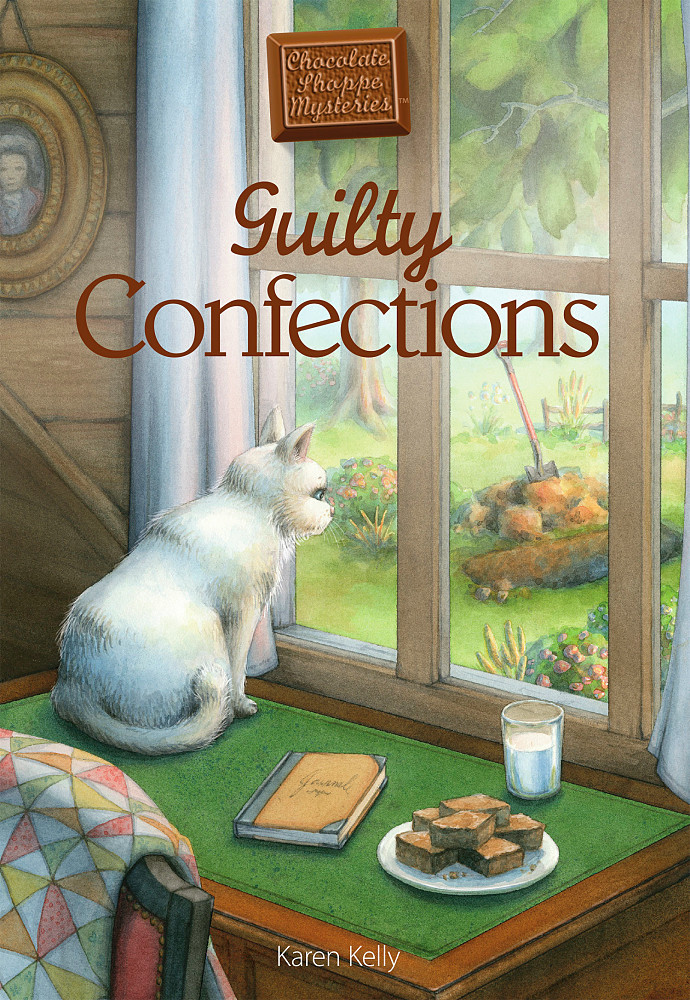 Subscribe to this club
Even after a few months spent back in her hometown of Moss Hollow, Georgia, Jillian Green has much to learn about Southern living ... and still more to learn about the bread-and-butter of the family business, The Chocolate Shoppe Bakery.

She’s as much a blundering baker as ever, but Jillian finds her detective instincts stirred up when she discovers an old leather-bound journal tucked away in the attic of Belle Haven, her family’s ancestral home. And with this remarkable Civil War-era find, a simple afternoon spent clearing out the dusty contents of the long-neglected storage space quickly turns into a whirlwind of wartime romance, buried secrets and murder.

Jillian seeks information from the cantankerous Otis Dupree, but the old man is less than helpful, and Jillian worries that she’ll never learn the truth about what the diary reveals. With a measure of stubbornness that would make her grandmother Bertie proud, she decides to try her luck with the old curmudgeon once more. It is on her second trip to the Dupree estate that she discovers the man lying dead in his beloved peach grove!

The heat is on for Jillian and the people of Moss Hollow as she strives to uncover the truth about Otis’s demise, and the historical implications it represents. Although Otis had shared nothing about his ancestors’ actions, perhaps one of the unpleasant man’s enemies aimed to silence him once and for all. With her connections to the past dwindling, will Jillian be able to solve the mystery before anyone else is sent to the sweet hereafter?

Thank you for your interest in Guilty Confections