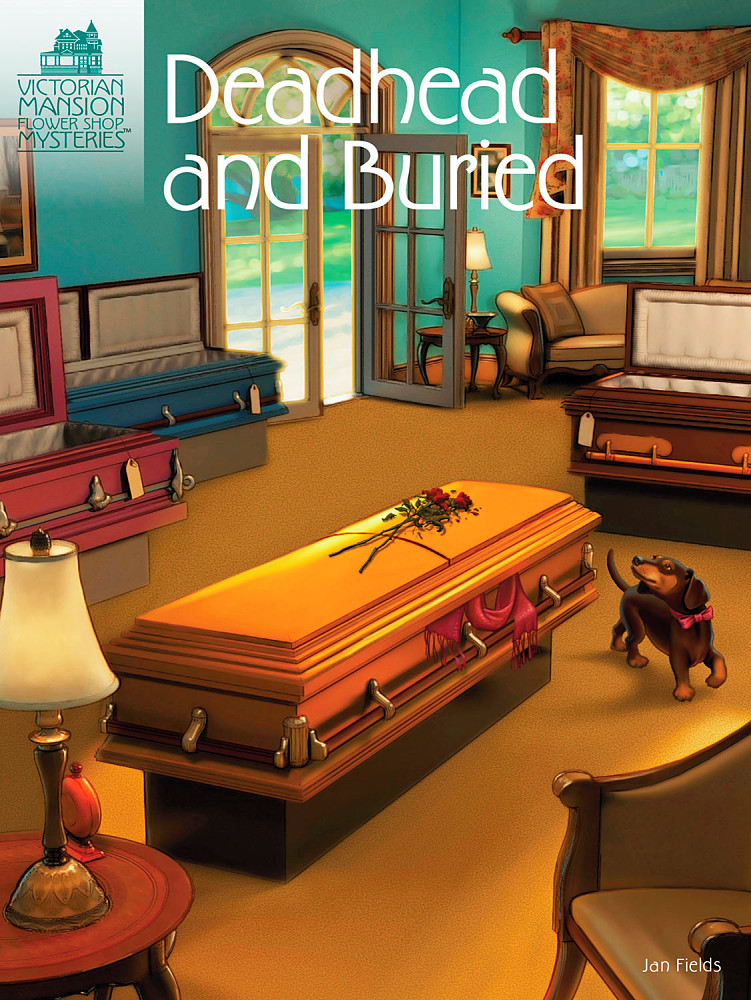 Subscribe to this club
If there's one thing flower shop owner Kaylee Bleu knows for dead certain, it's that where her flirtatious friend Nick Durham goes, romantic intrigue will follow. However, the notorious sheriff's deputy indicates he might be ready to settle down when he introduces his fellow Orcas Island residents to his lovely new girlfriend, Felicia Lewis; a woman who happens to look a lot like Kaylee. Unfortunately, Nick's budding romance goes from his-and-hers to his-and-hearse when Kaylee discovers Felicia's body inside a casket at the local funeral home.

As if his girlfriend's murder weren't bad enough, Nick is dismissed from the case by the sheriff along with a warning that he's a potential suspect. Dying to find out who killed Felicia, Nick asks Kaylee for her help in an off-books investigation. Certain her friend is innocent of the crime, Kaylee agrees; but is she knocking on death's door by doing Nick a favor?

As Kaylee digs deeper into the grave mystery, events that had seemed merely odd before Felicia's murder take on a deadly serious cast: the suspicious sedan that ran Kaylee off the road, a public display of aggression from the victim's ex, Felicia's strangely fearful reaction to a crowded ferry. Was Felicia trying to bury something from her past? If so, what was she dead-set on hiding?

The situation takes an even darker turn when the participants of a summer teen program get pulled into the chaos surrounding the murder. Determined to protect the innocent visitors, Kaylee redoubles her efforts to unearth Felicia's killer; but will her investigation be the final nail in her coffin?

If Kaylee isn't careful, the next funeral in Turtle Cove could be her own.

Thank you for your interest in Deadhead and Buried