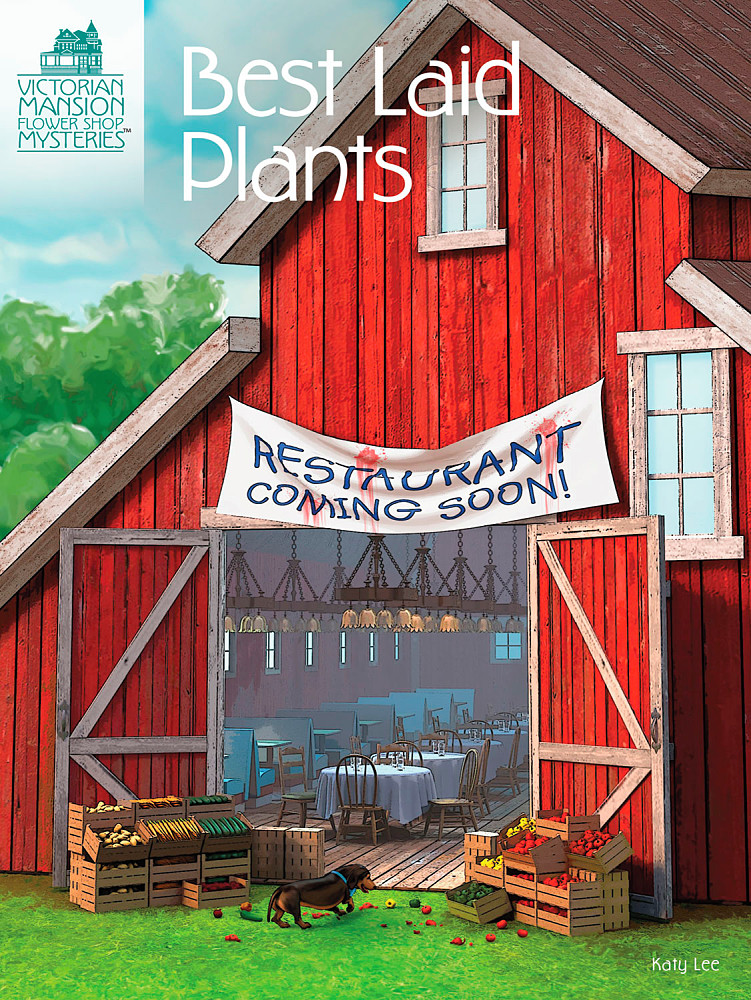 Subscribe to this club
Cameras are rolling on Orcas Island as a TV crew arrives to shoot 'Restaurant Restarts,' a makeover show turning the rundown Madrona Grove Farm and Orchard into an upscale farm-to-table restaurant. Many folks from Turtle Cove are contributing to the renovation, including florist Kaylee Bleu and her boyfriend, Reese Holt, who's serving up impressive transformations as the job's general contractor.

The activity at the farm is leaving a bad taste in at least one local's mouth, however. Native American herbalist Georgine Snowbird, who lives next door to Madrona Grove, has some serious reservations -- in fact, the Lummi herbalist insists the land is cursed. The showrunners ridicule Georgine's warnings at first, but they're forced to eat crow when the show's host, Gabe Forester, is discovered dead of mysterious causes. Did the curse factor into his death? Was his demise just rotten luck? Or was murder the main ingredient?

Unfortunately, Gabe's death is merely an appetizer for other frightful events to come, and Kaylee finds it hard to sugarcoat the situation when even Reese falls victim. The dangerous incidents could be the producer's half-baked schemes to boost ratings -- but they could just as easily be the work of an unseen villain with a more nefarious reason to whip up chaos.

Tensions at Madrona Grove soon reach a boiling point, and Kaylee struggles to make sense of the peculiar goings-on. Try as she might, though, she can't get anyone on set to spill the beans about the mysterious mayhem afoot on the farm. Can Kaylee figure out who's behind the foul pranks and could-be murder at Madrona Grove before her goose is cooked, or has she bitten off more than she can chew?

Thank you for your interest in Best Laid Plants