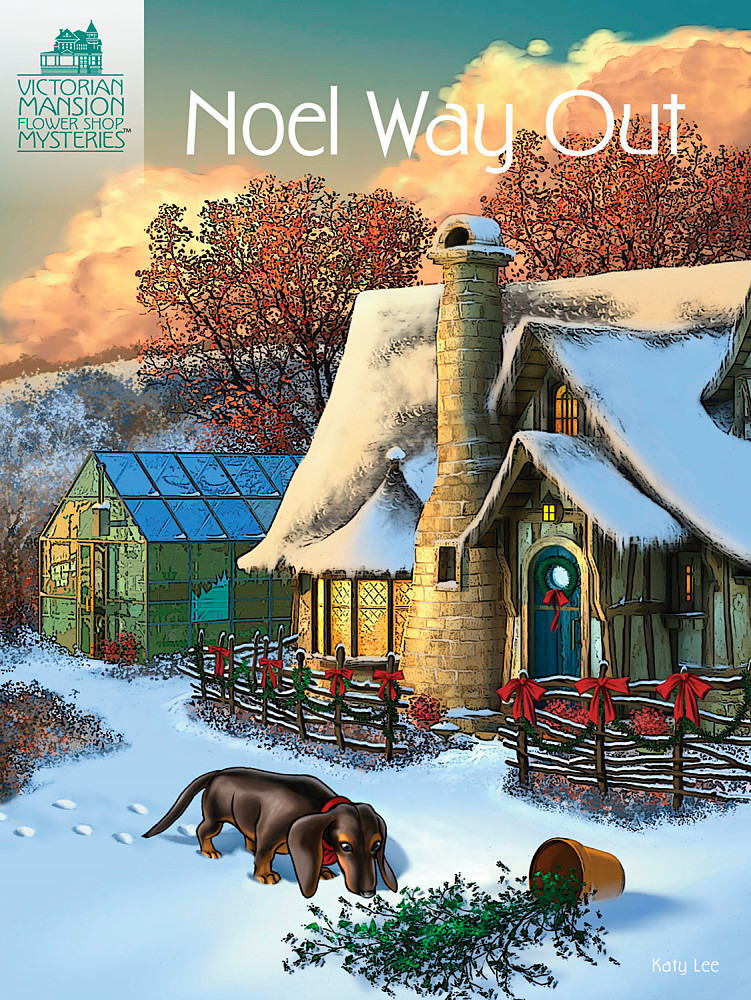 Subscribe to this club
Christmas bells are ringing in Turtle Cove, Washington, where florist Kaylee Bleu and her friends in the Petal Pushers garden club are preparing for their annual Christmas Bazaar. As they deck the halls of the Old Cape Lighthouse keeper's quarters, they discuss local organic gardener Holly Shultz, a newcomer who's making Orcas Island her home for the holidays.

Intrigued by news of mulberry trees growing in Holly's greenhouse, Kaylee visits the gardener and finds her fretfully cleaning up after a break-in on her property. When Holly refuses to involve law enforcement in the situation, Kaylee begins to wonder if it's only the prowler that has disturbed Holly's peace on earth; or if it's dangerous secrets in the woman's past that are jingling her nerves.

All isn't calm for the rest of Orcas Island either. A fierce winter thunderstorm knocks the ferry port out of commission, downs power lines, and batters local homes and businesses. The storm also blows in the dreadful tidings that Holly's reclusive elderly neighbor, Warren Foster, is dead; and he's found covered in mulberry juice, which quickly pushes Holly to the top of the sheriff's naughty list.

Despite the harsh accusations of a cantankerous islander, Kaylee isn't convinced that Holly is to blame for Warren's suspicious demise. All Kaylee wants for Christmas is to understand her new friend's past and help her build a future in Turtle Cove that's full of good cheer; but with the ferry out of service, Warren Foster's unexplained death, and repeated break-ins at Holly's greenhouse, it's beginning to look a lot like Christmas on Orcas Island will be dark and dismal instead of merry and bright.

Will Kaylee and her friends find comfort and joy this holiday season, or will they have themselves a scary little Christmas?

Thank you for your interest in Noel Way Out