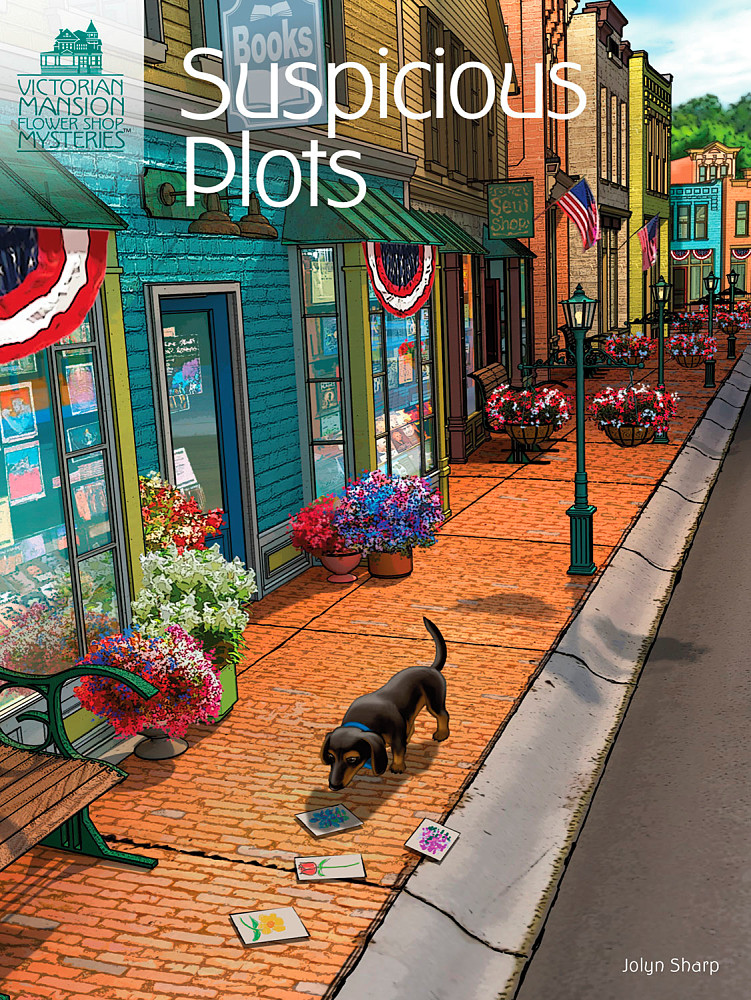 Subscribe to this club
With beautiful summer weather providing the perfect backdrop for Orcas Island's upcoming Independence Day events, florist Kaylee Bleu can happily report that she's already seen an uptick in tourist traffic at her shop, The Flower Patch. Visitors are being drawn to Turtle Cove by a retrospective art exhibit at an upscale gallery and a writing workshop being hosted by mystery bookstore Between the Lines, and Kaylee and other local merchants are excited about the boost to their bottom lines.

Unfortunately, the pretty picture is threatened by the arrival of Emmet Baron, a mainland publisher of ill repute who is canvassing the town to drum up support for his latest scheme. Fellow business owners paint Kaylee an unflattering portrait of Baron, whose reputation for underhanded dealings and nefarious plots precedes him. No one seems to have any love lost for the cad, but that doesn't make it any less horrifying when he is found dead and the police suspect foul play.

Details remain sketchy about how Emmet met his maker. When Sheriff Eddie Maddox enlists Kaylee's help investigating an abstract claim buried amid the publisher's personal effects, she soon realizes that the real question is: Who didn't have a reason to erase Baron from Turtle Cove? From the young author he was exploiting to the grieving family of a painter whose masterpiece he tried to misappropriate, Emmet Baron's legacy as a con artist lives on despite his untimely end.

The farther Kaylee is pulled into the mystery surrounding Emmet's demise - and, for that matter, his life - the closer she comes to painting herself into a precarious corner. Can she draw the correct conclusions about Baron's final moments before she experiences her own brush with death? Or will a cold-arted murderer deliver her a fatal final stroke?

Thank you for your interest in Suspicious Plots