Up to Noir Good 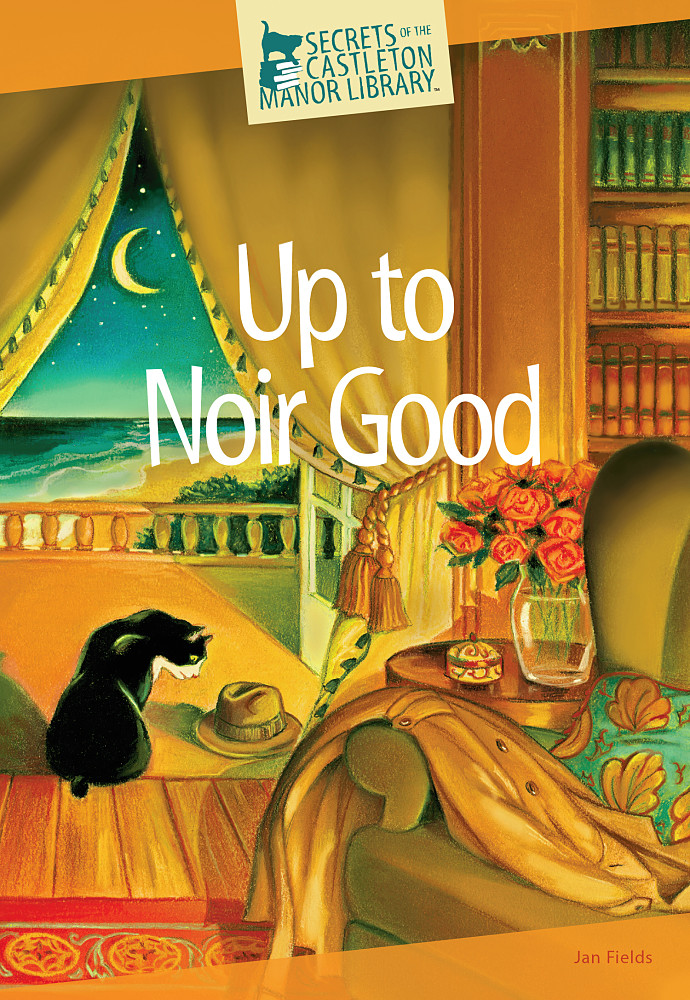 Subscribe to this club
A heat wave grips Cape Cod, but the attendees of the So Noir literary retreat don't allow the hot weather to dampen their enthusiasm. They roam the halls of Castleton Manor in Lighthouse Bay, Massachusetts, wearing trench coats and fedoras, just like their favorite fictional private eyes.

Librarian Faith Newberry gets herself in a jam when she agrees to deliver a lecture about the detective code. It's not exactly duck soup to grab the audience's attention, but Watson, her devoted feline companion, listens attentively. He realizes that he's the quintessential hard-boiled detective because he's smart and tough and always saving hapless humans.
When Oscar North, chef and local restaurant owner, falls from the balcony and dies, Watson gets his first case.

Oscar's death is rumored to be a homicide, and chaos breaks out at Castleton. The joint's lousy with wannabe gumshoes, and they launch their own investigation into who bumped off the chef. Meanwhile, Oscar's widow knocks Faith for a loop by begging her to find her husband's killer.

As Watson sniffs out clues, Faith presses the suspects for information. But they clam up, and it's difficult to discern who's on the square. Then Faith becomes a target, and it's noir or never to solve this case. Will the two sleuths drop a dime on the crook before the murderer can scram?

“
What an exciting series! I love the quilt squares, too.
Kathy, Maryland
“
Excellent characters and storyline. Cannot wait for the next one!
Shelagh, UK
“
I just love all your series stories. They are a great read.
Patricia, Mississippi
“
Hard to put the book down!
Vicki, Oregon

Thank you for your interest in Up to Noir Good