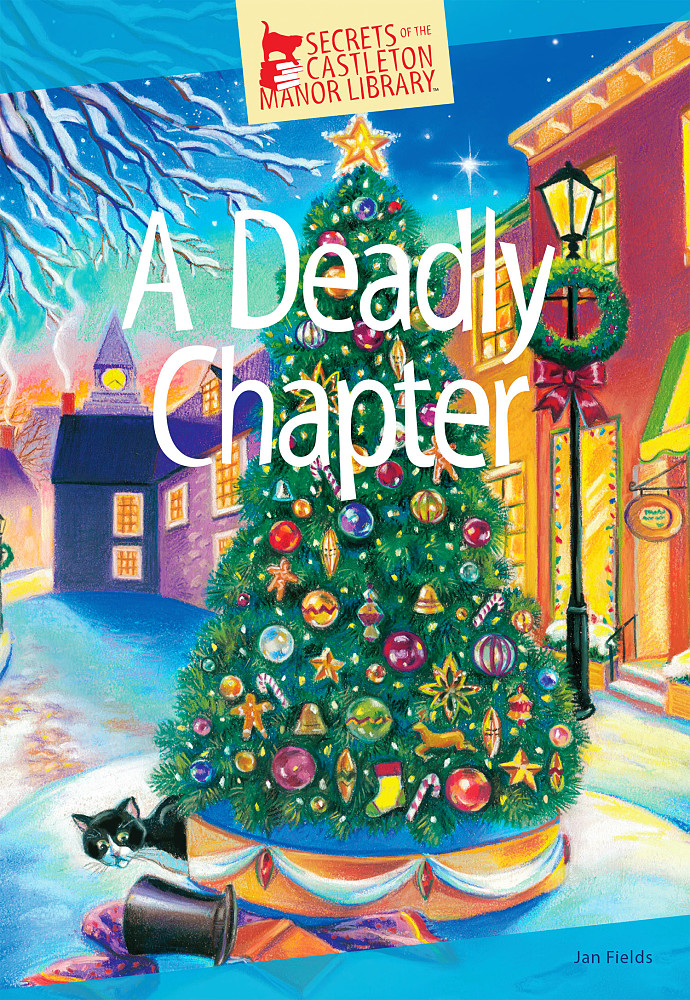 Subscribe to this club
Christmas is no humbug affair in Lighthouse Bay, Massachusetts. The merry festivities are well underway in the quaint seaside village, and the halls of the posh Castleton Manor literary retreat are decked out in full Victorian décor. This year, the manor is hosting the Charles Dickens Society's annual gala, compete with parlor games and dramatic readings of A Christmas Carol, and culminating in a costume ball. Faith Newberry, Castleton's private librarian and archivist, loves being part of the holiday hustle and bustle while catering to the eccentric guests' bookish whims.

When a thief nicks some valuable antique jewelry from one of the suites, Faith is more than happy to leave the investigating to the Lighthouse Bay police. But then the obnoxious president of the society, Charles Huffam, is found dead as a doornail beneath the village's fifty-foot Christmas tree, and Faith's personal Scrooge, her boss Marlene Russell, is suspected of the crime. Faith has no choice but to make the unkind man's death her business.

Marlene's not the only person who has a bit of undigested beef with Huffam. The murder weapon was a length of chain which had been brandished by the seemingly mild-mannered gentleman playing Marley's ghost during the reading. And what about the overbearing woman whose romantic advances Huffam spurned, and her daughter, for whom Huffam had more than a passing fancy? Even Brooke Milner, Faith's friend and fellow Candle House Book Club member, might have wanted to see a stake of holly driven through Huffam's dark heart.

Faith will need all the help she can get from her friends, and especially from her fearless feline, Watson, to unmask the assailant -- or is that wassailant? -- before Castleton Manor's surplus population is decreased by yet one more.

Thank you for your interest in A Deadly Chapter