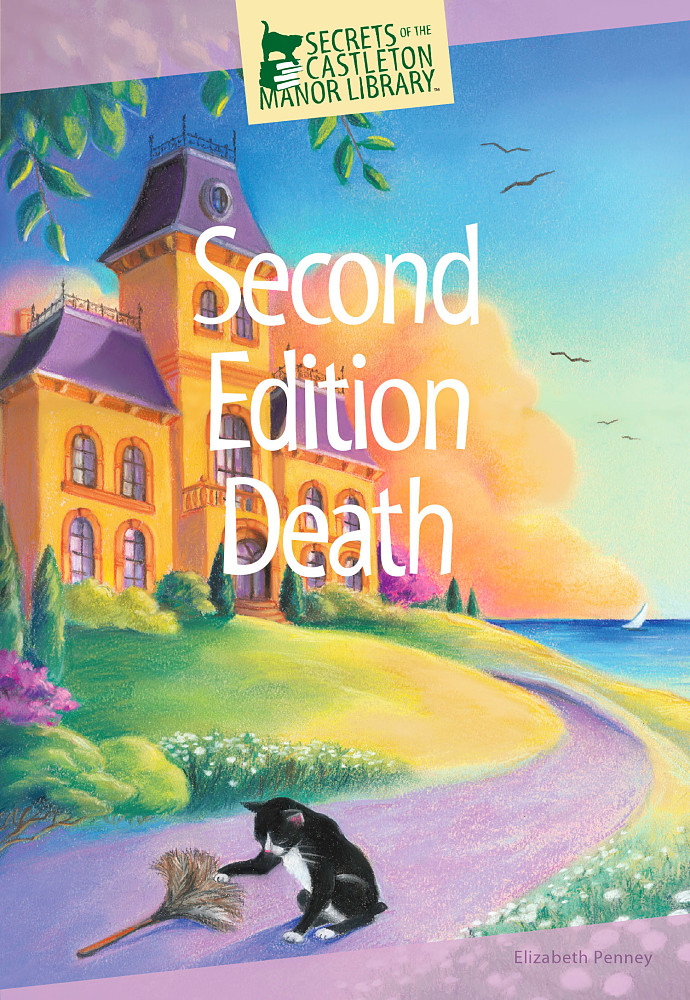 Subscribe to this club
It's late March in Lighthouse Bay and Castleton Manor is undergoing spring-cleaning. Librarian and archivist, Faith Newberry, envisions a little downtime while the manor is closed to guests. But her reverie is cut short when she is pressed into service for the organizers of the Gothic Studies Conference, who are meeting in a nearby seaside home. Though reluctant to leave her cozy cottage on the Castleton estate, Faith agrees, especially since her faithful cat, Watson, is invited along.

No sooner has Faith arrived at Wintersea than she realizes all is not as it seems at the creepy mansion. Her hostess, Gothic scholar Ava Winterbourne, is experiencing eerie phenomena: lost objects, somnambulism, and a constant feeling of being watched. Is she mad? Or is someone mad at her? Ava's husband, Winslow, seems loving and attentive, and yet Ava lives in the deep shadows of his first wife, Regina, who committed suicide. Faith finds herself getting caught up in Ava's delusions. But she can't help wondering if Ava truly is a dreaming damsel in distress -- or if she's a dark, dangerous dame.

Meanwhile, Faith's boss, Wolfe Jaxon, is being haunted by a nightmare of his own. Years ago, his fiancé drowned when she fell overboard from Wolfe's yacht. Now someone's been possessed to blackmail him, claiming that Valentina's watery death was no freak accident. He needs Faith's help. But is he putting her in peril too?

Solving the mysteries of Wintersea will take all of Faith's sleuthing skills, but fortunately she'll have the support of the members of the Candle House Book Club and her preternatural pet, Watson. Can she reveal the secrets . . . before the veil descends on another victim?

Thank you for your interest in Second Edition Death