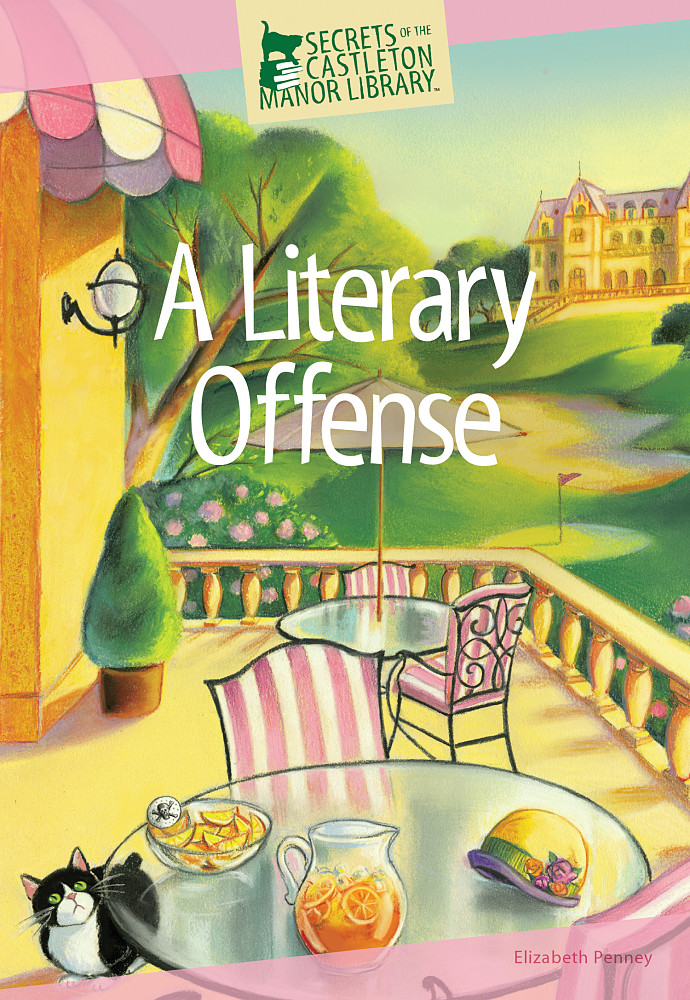 Subscribe to this club
It's Gatsby Week at Castleton Manor, the elegant retreat for booklovers in Lighthouse Bay, Massachusetts, and the roaring twenties are in full swing. Charlotte Jaxon, owner of the manor, arrives to put on the ritz and oversee the festivities celebrating the work of F. Scott Fitzgerald. Faith Newberry is sitting pretty when she receives a brief respite from her duties in the library to assist Charlotte in organizing the events that have everyone jazzed up, including a fashion show, an antique car race, and a Gatsby Ball.

But then something happens that's not on the agenda: one of the guests starts receiving threatening letters.

Avis Roth is a powerful - and ruthless - literary agent, so everyone around her quickly dismisses the intimidating letters, assuming they're from an author who was in a lather over being rejected. When Avis is involved in a frightening incident at the manor and then a freakish mishap at the country club, the plot thickens. Were they merely accidents, or is someone determined to put the big cheese agent out of commission?

As Faith and her fellow Candle House Book Club members search for clues, they discover that not many people consider Avis to be the bee's knees. She and her associates are rarely on the same page, and some have a serious beef with her. It's past time to deliver the goods on the perpetrator, but will Faith - aided by her clever tuxedo cat, Watson - determine who's on the level and who's feeding her a line? Or will the culprit avoid getting caught and remain on the lam?

Thank you for your interest in A Literary Offense