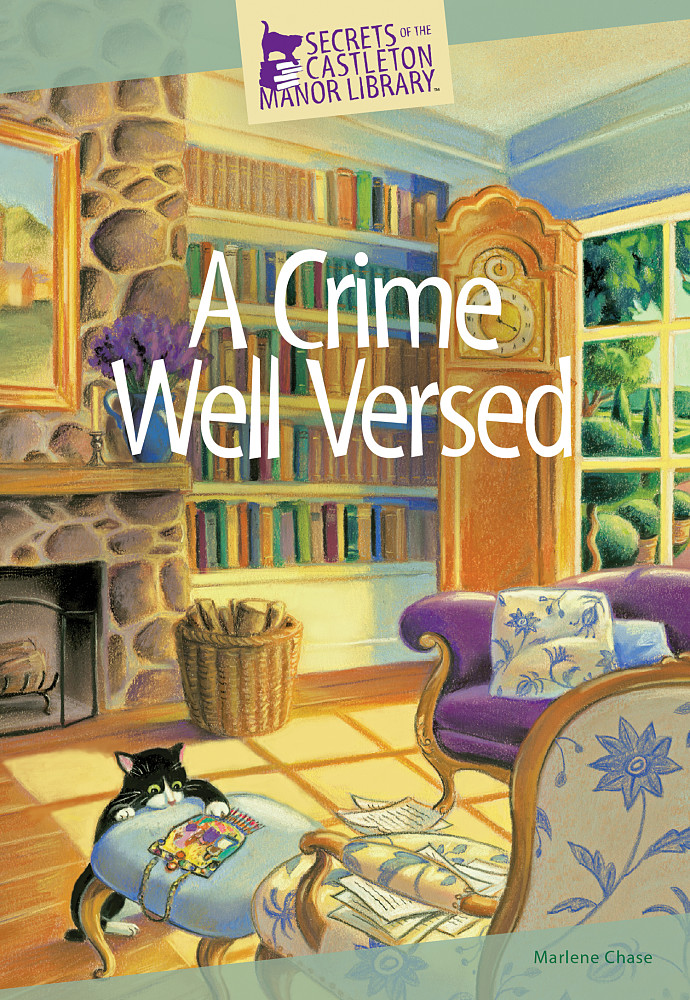 Subscribe to this club
As librarian at Castleton Manor, the upscale literary retreat in Lighthouse Bay, Massachusetts, Faith Newberry cheerfully hosts various events for book lovers while accommodating the mansion's quirky guests. But during a poetry retreat, Faith's patience is tested by Emilie Smythe, an ill-mannered lecturer with an uncanny resemblance to Emily Dickinson. Emilie not only looks like Dickinson, but she dresses like her and also owns a Newfoundland named Carlo. Even stranger, Emilie claims to be Dickinson's great-great-granddaughter. No one believes her far-fetched story, but Emilie insists she has letters and documents to prove it.
Faith is stunned when Emilie gives her a Victorian beaded bag containing the papers and instructs her to determine their authenticity. But the next morning tragedy strikes . . . Faith and her friends discover Emilie's body washed up on a desolate beach.

It was widely known that Emilie was wealthy and eccentric and possibly even mad. Did she take her own life on the deserted beach? Or was she murdered? Even though an apparent suicide note is found, the list of suspects grows: The man walking on the beach the morning Emilie's body was discovered. Emilie's charming older brother and guardian. Her estranged half-sister who was left out of the family estate. And the poet at the retreat who publicly disparaged Emilie.

As Faith and her friends in the Candle House Book Club seek answers, a string of break-ins occurs around town. Is someone searching for Emilie's letters and documents? Can Faith and her friends -- including her protective feline companion, Watson -- finally close the book on this mystery?

Thank you for your interest in A Crime Well Versed