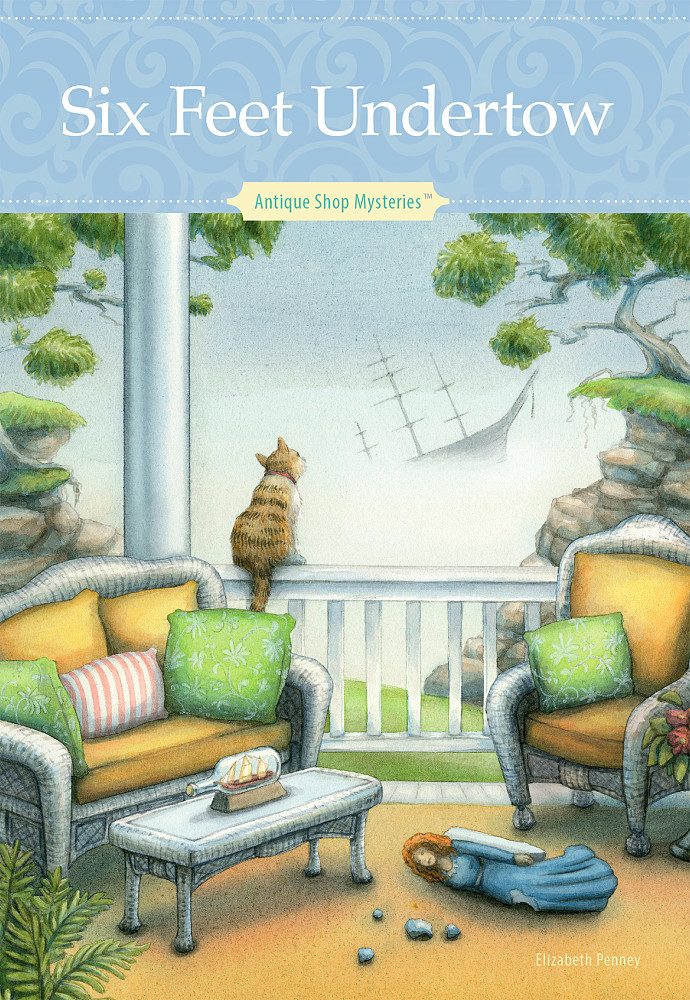 Subscribe to this club
The residents of Somerset Harbor, Maine, are bursting with excitement. Members of a treasure hunting reality TV show have descended on the charming seaside town and promise that what they discover will put it on the map. As the crew dives into one of the town’s best known historical disasters, the sinking of the Abigail, Maggie Watson finds herself adrift in a sea of media attention. She is the last living relative of ship captain Thomas Sedgwick, and she’s soon caught up in a long ago tale of romance, tragedy, and scandal.

There are rumors of treasure aboard the wreckage of the Abigail: treasure that some believe to be the spoils of a bank robbery conducted by a team of Confederate criminals. Now it remains to be determined whether or not Maggie’s ancestor was involved in the theft . . . making him a traitor to the Union state of Maine.
In the wake of this revelation, Maggie is left reeling, wondering if there are dark secrets beneath the surface of her family’s history. And when disturbing “gifts” appear on her doorstep, Maggie grows worried. Is it a prank, or is someone trying to keep her from finding out the truth? When someone from the salvage operation is found dead in the icy waters of Somerset Harbor, Maggie fears the worst.

Join Maggie and her dear friends in the historical society as they set sail on an adventure and attempt to solve the mystery of the Abigail’s illustrious cargo. Maggie is determined to bring the criminals, both past and present, to justice and to preserve the integrity of the town she loves. Will she manage to reveal the Abigail’s secrets before anyone else goes overboard?

Thank you for your interest in Six Feet Undertow