Pieces From the Past 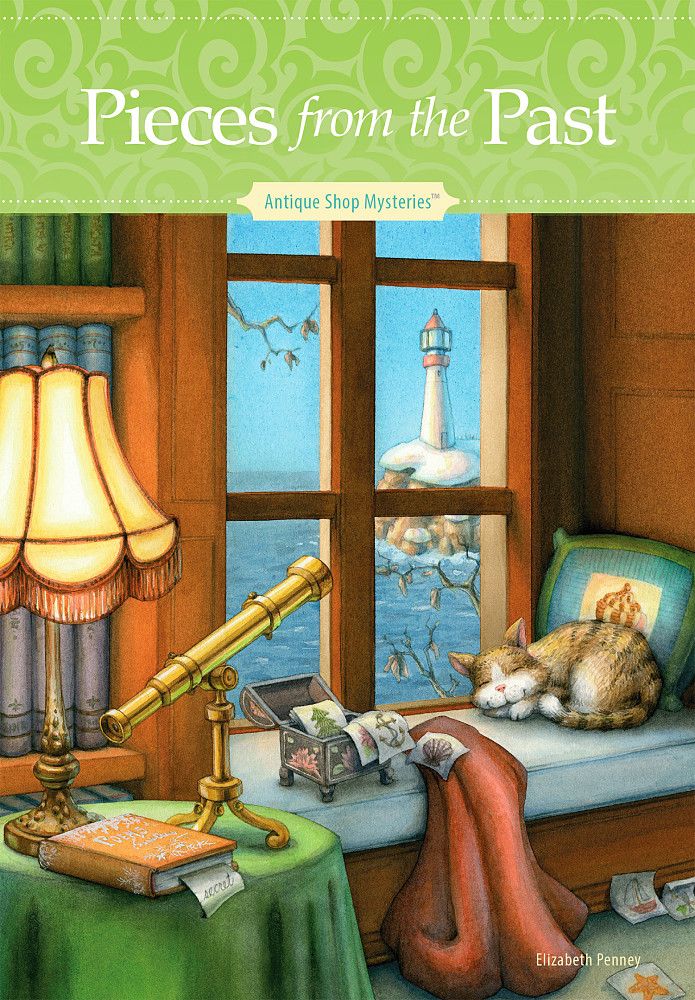 Subscribe to this club
As February brings the frigid temperatures of a New England winter to Somerset Harbor, Maggie Watson keeps out the winter chill with the company of good friends, hot coffee at the Busy Bean, and anticipation of the annual Valentine's Day charity dinner at the Oceanside Hotel. She especially loves to pass the wintry days exploring the magnificent Sedgwick Manor for historical treasures.

On one of these excursions, Maggie discovers an ornate black box hidden away in a storage room. Inside it, she finds pieces of an unfinished antique friendship quilt, the interrupted work of a quilting guild from 1898. She's delighted to piece together the story behind yet another of the mansion's beautiful antiques, but she is led down a twisted path of deception and intrigue beginning with a cryptic note written in her late aunt's diary about keeping a secret -- one that might be connected to one of the town's most puzzling mysteries.

At the heart of this connection is the captivating story of Sarah Monroe, a young woman born to privilege near the end of the nineteenth century. The heiress was destined to marry against her will, but she disappeared without a trace before her wedding day. No one knows what became of the young lady, but it soon becomes clear that someone, over a century later, will stop at nothing to keep Maggie from finding out. Meanwhile, a town landmark is in danger of being sold to greedy outsiders, and Maggie begins to worry that some of the new arrivals in the picturesque seaside town aren't who they claim to be. As she delves deeper into the mystery of the quilt blocks, despite receiving threats from an anonymous source, Maggie enlists the help of her historical society friends -- and the support of handsome alderman James Bennett -- to help her sew up the mystery and bring the truth to light.

Thank you for your interest in Pieces From the Past