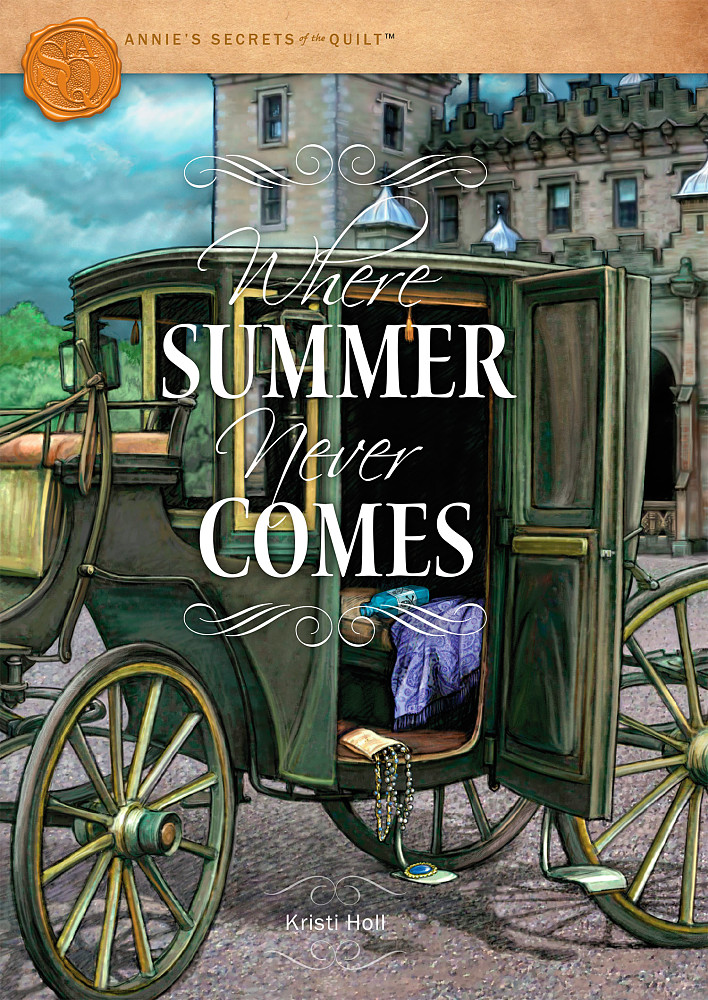 Subscribe to this club
Jim Parker has always been a rock. On that his wife Sofia has comes to rely. But when Jim is assaulted at the school where he teaches and then is suspected of grade fixing, Sofia and her Pinot Painter friends must spring into action to save his reputation.

Sofia is, for once, also teaching at the Cabot Falls, Vermont, high school, a two-week stint in the home economics classroom instructing students in the fine art of cake decorating and candy making. It will provide a perfect cover as she surreptitiously hunts for clues that will help clear Jim’s name. Sofia is sure Jim is innocent, but when Jim is suspended from his job, the situation becomes desperate.

Meanwhile, Sofia is researching the eleventh block from the heirloom quilt bequeathed to her by her beloved grandmother. The clues indicate that the block may be connected with Charlotte Brontë, the famous author of Jane Eyre.

But Charlotte lived out her life in northern England and had no apparent connection with Italy, the land of Sofia’s ancestors. Is there a problem in Sofia’s translation of the cryptic passages dealing with the paisley square?

Sofia moves through the week, shifting from mystery to mystery, hoping to save her husband’s job while unraveling the tenuous thread that pulls her toward the Brontë family and the place where summer never comes.

Thank you for your interest in Where Summer Never Comes