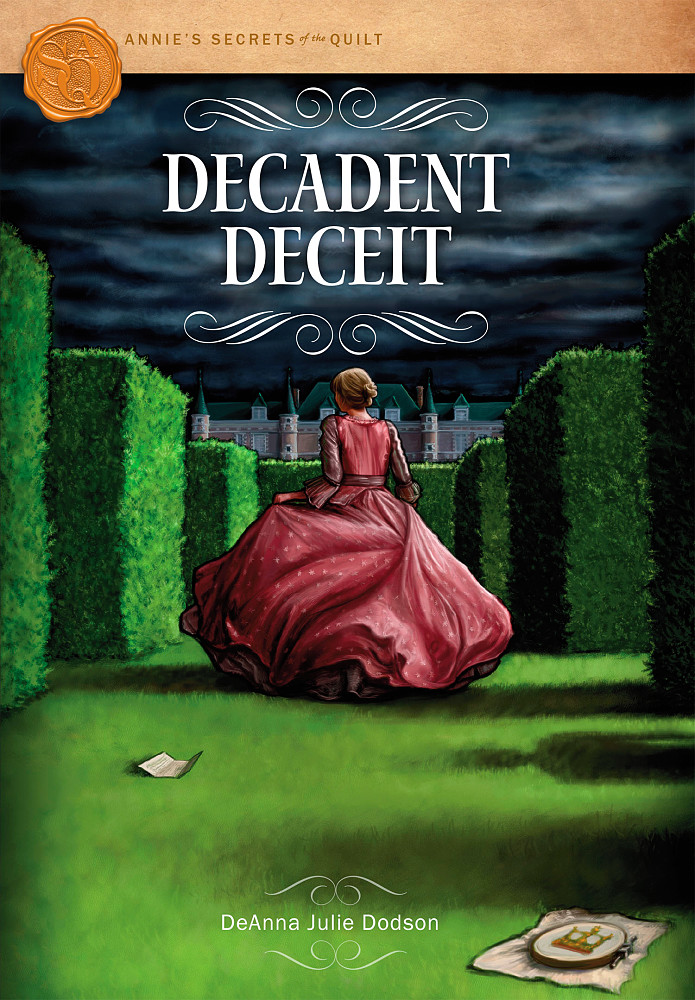 Subscribe to this club
When Sofia Parker volunteered to use her artistic talents to help create props for her son's school play, she didn't expect to find herself in the middle of a mystery. But that's exactly what happens when someone tries to sabotage the production, and things take a dangerous turn for the star of the show. The play's tyrannical director is of little help getting to the bottom of it, refusing to see what is really happening and alienating everyone with an overbearing attitude fit for a queen. To make matters worse, she appears to have it in for Sofia.

At the same time, Sofia is busy researching the second square in her family's prized heirloom quilt. Recently named as the next guardian of the antique cassone that houses the priceless quilt and the old diary that accompanies it, Sofia is determined to learn the true history behind each swatch.

According to the diary, her ancestor Cerise Belanger served in the court of Marie Antoinette, and a fabric swatch stitched in the quilt came directly from the royal court of France in 1789. Much like Sofia, Cerise finds herself in the middle of a mystery involving the often-tyrannical queen, certain nobles who reside at the Palace of Versailles ... and murder.

But Cerise has an agenda of her own. She must find a way to stay out of harm's way, remain in the queen's favor, and fulfill her dying father's wishes all while still being true to her own heart. Will Cerise's story inspire in Sofia the courage she needs to deal with the tyranny in her own life? Join Sofia and her good friends of the Pinot Painters artist group as they set out to solve the mysteries of the present and the past, and make a heartwarming discovery along the way.

Thank you for your interest in Decadent Deceit