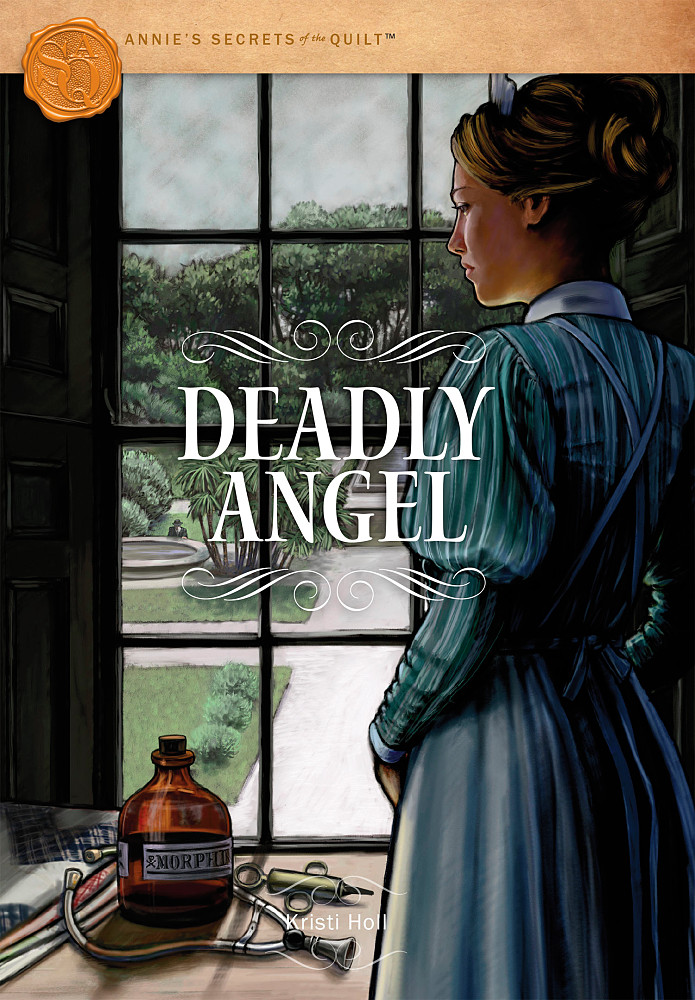 Subscribe to this club
A Union soldier is shot and then held as a suspected deserter during the Civil War. A wife, desperate to reach her husband and prove that he's not guilty of wartime treason, leaves her two young children in the care of a friend to take a position as a nurse in the nation's capital. There her life will cross paths with an American literary icon.

But how do these events, 150 years in the past, tie in with Sofia Parker in modern days Cabot Falls, Vermont? Perhaps the priceless heirloom quilt bequeathed to her by her grandmother, holds the link.

But even as Sofia attempts to track down the tie-in to the historic period in our nation's history, she finds herself coincidentally helping with a reenactment of the St. Albans Raid, site of the northernmost battle of the war. But the festive affair turns sinister when Sofia's son, Matthew, goes missing and is apparently abducted.

Back in 1862, young Phoebe Ashford also has a deadly mystery to solve. Her husband, George, is hovering at the brink of death. Even if he recovers, the evidence says George is guilty of desertion under fire. Unless Phoebe can find evidence to the contrary, he will face a firing squad as soon as he can leave the makeshift hospital.

Sofia has little time to contemplate the plight of the Ashfords as she and her husband frantically search for Matthew, but the clues to his disappearance are few. Despite the grim odds, she must push forward in hope and faith that she will find her youngest child before it is too late.

“
I just love all your series stories. They are a great read.
Patricia, Mississippi
“
Hard to put the book down!
Vicki, Oregon
“
Excellent characters and storyline. Cannot wait for the next one!
Shelagh, UK
“
What an exciting series! I love the quilt squares, too.
Kathy, Maryland

Thank you for your interest in Deadly Angel