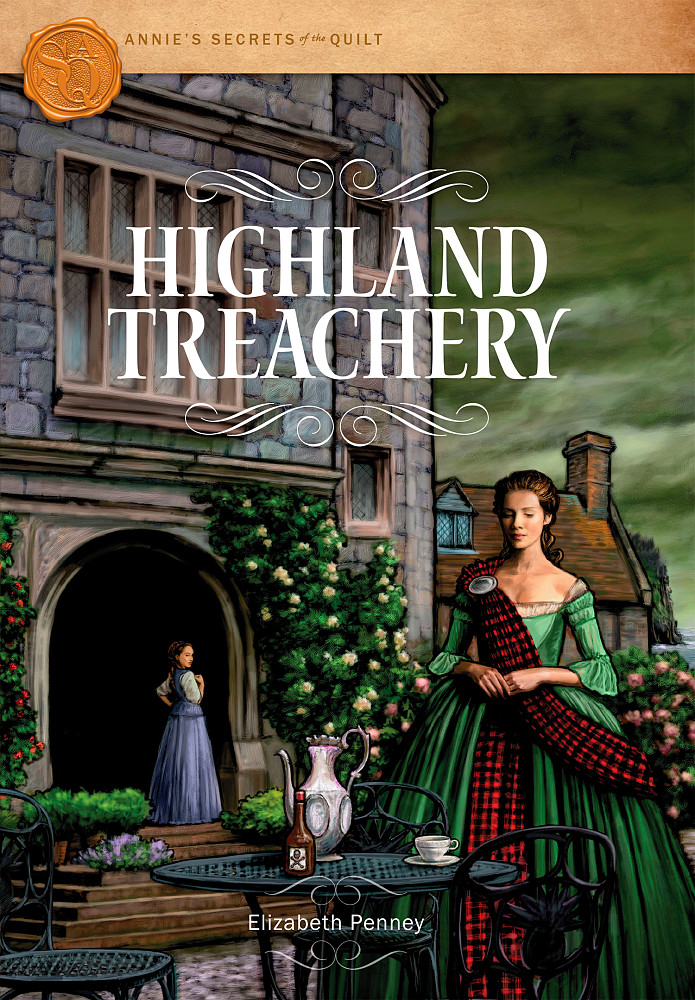 Subscribe to this club
The priceless heirloom quilt bequeathed to Sofia Parker has already led her on several forays into the mysteries of the past, and the latest square she begins to research doesn't disappoint her.

A swatch of Scottish tartan was sewn into the patchwork, and according to the diary accompanying it, the tartan dates back to Sofia's ancestor, Lady Isabelle Ripa, and the mid-18th Century. In the days of Bonnie Prince Charlie, the claimant to the English throne has amassed an army near Edinburgh and war is eminent. But when a close friend and advisor to the prince suddenly dies of seemingly natural causes, Lady Isabelle suspects treachery.

Isabelle, an herbalist and healer, suspects Lord Lochmere has been poisoned. Worse, she fears the deadly concoction comes from her own store of salves and tinctures -- and that she may be under suspicion as a spy and traitor to the prince and his cause. Will she be able to solve the mystery of the murderous plot before the noose tightens around her neck?

Back in present day Vermont, Sofia and her family are attending a Highland Games festival, and she finds herself embroiled in controversy. She is able to enter a prestigious baking contest at the games, but only after one of the entrants suddenly -- and suspiciously -- dies. Resented by the other close-knit bakers, Sofia sets out to win the contest -- and win the hearts of the other women as well. Sofia is determined to channel the courage of her Scottish ancestor and face the subterfuge that seems to plague her work at the festival. But will she be able to solve the widening mystery of treachery in the American Highlands?

Thank you for your interest in Highland Treachery