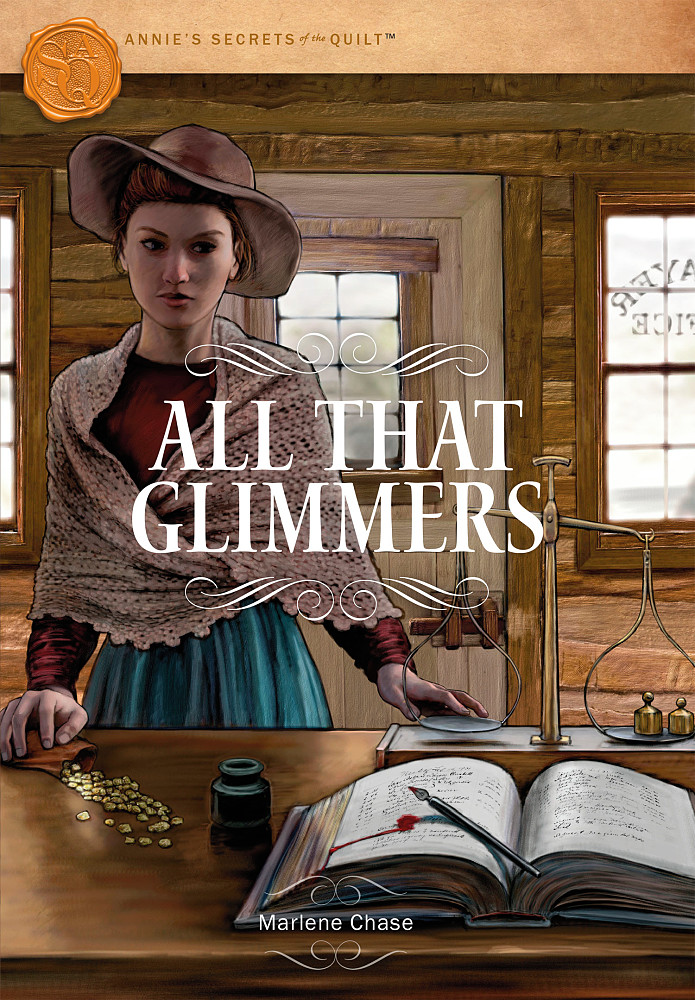 Subscribe to this club
California gold is on Sofia Parker's mind. She has begun research on the tenth block in the heirloom quilt bequeathed to her by her grandmother along with an old family journal. Her inquiry takes her back to the gold rush of 1849 and a young woman, Adelia Long.

Adelia and her brother, Quinton, leave their native Iowa behind, selling their meager property and belongings and gambling it all in a desperate attempt to find riches in the streams and hills of the Golden State. Along the way, they face the perils of the pioneer trail, traversing rivers, canyons and mountains. But it is the human lust for gold that brings them to the brink of disaster.

Adelia is tracking a dangerous thief who is brazenly stealing the priceless nuggets and dust the forty-niners are scratching from the ground. Will she be able to smoke out the crook before the whole affair turns deadly?

Meanwhile, in modern-day Cabot Falls, Vermont, Sofia is cast into her own gold-related mystery. A small bag of the mineral that has been hidden for decades amongst the contents of the estate entrusted to Sofia by her beloved Nonna has gone missing. How could someone have taken it from right under the noses of the entire Parker household?

Suspects abound, but Sofia discovers that tracking the criminal is like following a rabbit after a heavy snow. Could it be one of her art students or the handyman visiting the home on a service call? Or is the loss of the bag of gold somehow tied to the secret contained in the quilt block?

Sofia needs to find answers, and the trail is quickly growing as cold as an early winter in the Sierra Nevada Mountains.

Thank you for your interest in All That Glimmers