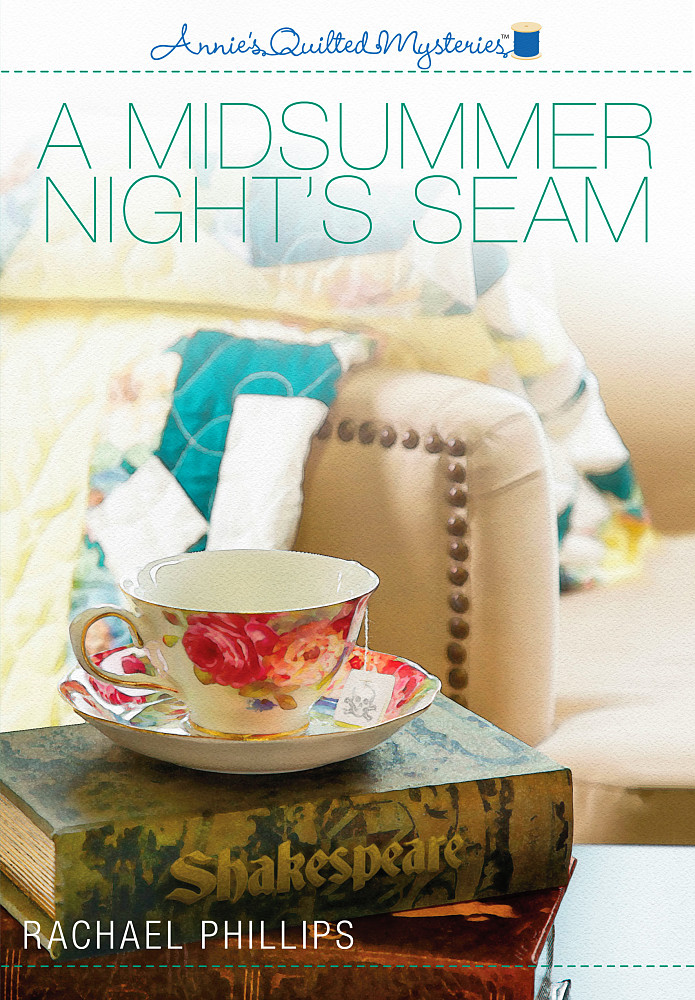 Subscribe to this club
Emma Cotton and Kelly Grace travel to the Big Apple, little do they know the cast of characters - or the danger - they will encounter. They are pursuing their next suspect, Kevin Crawford, a well-known off-Broadway actor, who may have been involved in the death of their friend Rose fifteen years ago.

Crawford was seen in a heated argument with Rose shortly before her body was discovered. Now Emma and Kelly, owners of Cotton & Grace quilt design shop in Mystic Harbor, Mass., must prove Crawford murdered Rose or eliminate him from their list of suspects.

The plot thickens when the young actor serving as Crawford's understudy is snatched from the theater where A Midsummer Night's Dream is being produced. And the mystery deepens when the young man's body is found floating in the Hudson River a short while later.

Is Crawford involved in this death as well as Rose's? Or is his life also in jeopardy? Emma and Kelly must piece together the details of this latest crime before they lose the most promising piece of evidence in the quest to find their friend's murderer.

The investigation is hampered by Crawford's sudden infatuation with Emma, and the interference of Dottie Faye Sinclair, Emma's millionaire aunt. Emma must endure the romantic advances while sidestepping Dottie Faye's meddling ways in what turns out to be a minefield of intrigue.

Will Crawford turn out to be the key that unlocks the mystery of Rose's death? Or is he an unwilling actor in the greater drama being played out in the city that never sleeps? Emma must put her own life on the line to discover the answers.

Thank you for your interest in A Midsummer Night's Seam