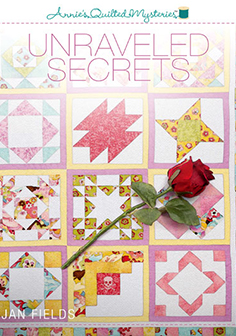 Check out the Shop section for individual titles and other products!

Emma Cotton and Kelly Grace, best friends and business partners, have been on the trail of a murderer for nearly two years. And they are down to their last suspect. Danielle Moore, now known as Mary Jones, is the last student from Rose Peterson’s college class Emma and Kelly need to track down.

Was Mary involved in Rose’s death? If so, that would explain her taking an alias and going underground since then. Either she was the killer, or she knows something about the crime.

Emma and Kelly are determined to find her and unravel the connection.

But the pathway reaches a fork in the road, and the women are forced to enlist the help of Dottie Faye Sinclair, Emma’s inimitable aunt, and Maeve Quigley, Kelly’s no-nonsense mother. Dottie Faye and Maeve, who have long carried on a friendly feud, head to Newport, Rhode Island, while Emma and Kelly travel to East Haddam, Connecticut.

Emma hopes they can find Mary Jones before they have another murder on their hands. Maeve is sure to kill Dottie Faye, especially with so much time together without Emma or Kelly there to serve as a buffer.

As the hunt heats up, Emma is sure the amateur sleuths are in the homestretch of this marathon. Justice for Rose is within their grasp. Or will their quest turn cold—and deadly?