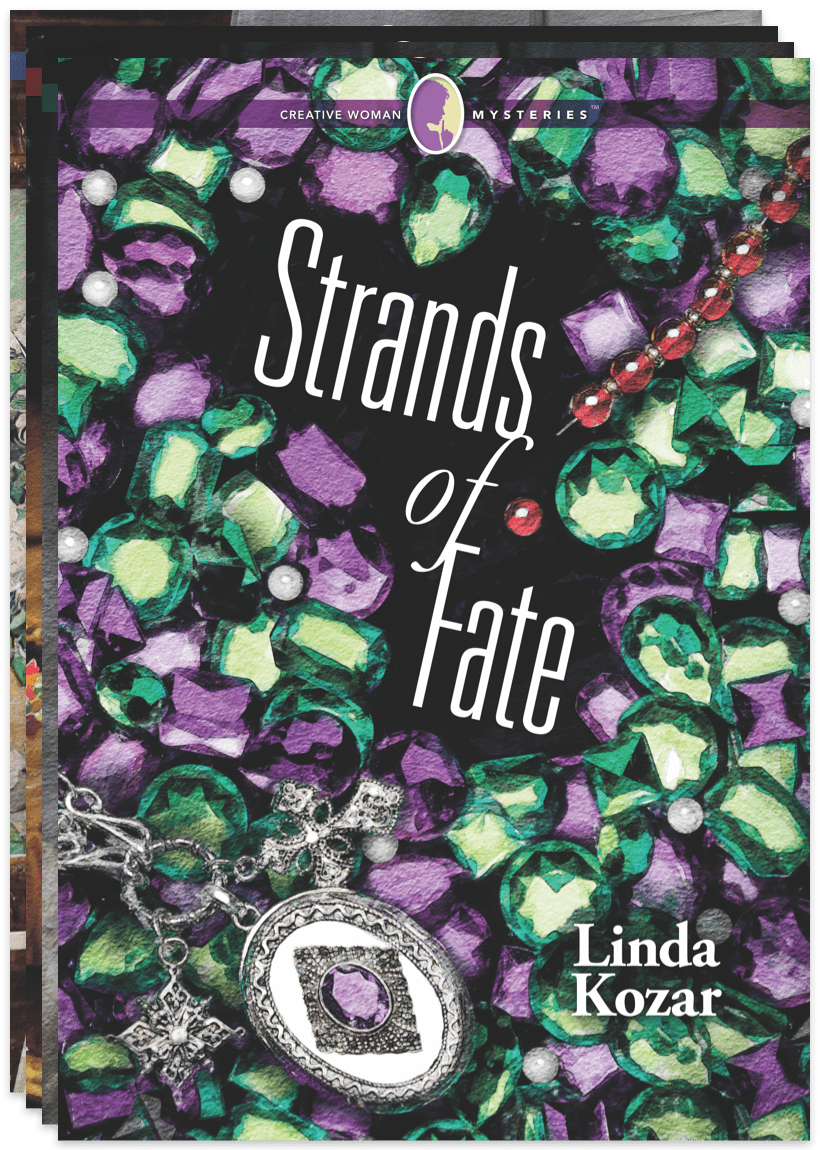 13 Books in this Club

Delve into the mystery that has haunted jewelry maker Shannon McClain all her life. Why did her mother vanish? Will a surprise inheritance from a grandmother bring answers . . . or danger?

Designed for creative women just like you, you'll be sitting on the edge of your seat from the very first page of Strands of Fate, the first book in the Creative Woman Mysteries Club. Join us for intrigue ... adventure ... danger ... and romance. This new club has everything you demand in a good mystery, including memorable characters, some of whom you'll love, and others that you may love to hate!

These gripping mystery books will lead you on an adventure spanning 10,000 miles from the quaint village of Wainscott, Scotland to the charming little town of Apple Grove, Oregon. Follow Shannon McClain as she unravels the truth behind a missing fortune in jewels and her mother's disappearance, all those years ago.

Strands of Fate will introduce you to Shannon McClain, who has been in mourning since the tragic death of her husband three years ago. With two children to raise and her money running out, she receives a mysterious letter from the United States, informing her she has just two weeks to claim a large inheritance -- part of which is a fortune in jewels that can only be found by solving cryptic clues stitched in a needlepoint by her late grandmother. But she is blindsided when she meets an aunt and uncle she never knew existed, who are most unhappy she has arrived.

You'll share Shannon's fear and excitement as she uses the last of her late husband's insurance money to travel with her best friend Coleen from their small village in Scotland to a quaint town in the northwestern United States. But right before they are to leave, she finds a threatening note nailed to her door -- written in red ink, dripping like blood.

"Stay away from Apple Grove... or else," it warns.