What a Picture's Worth 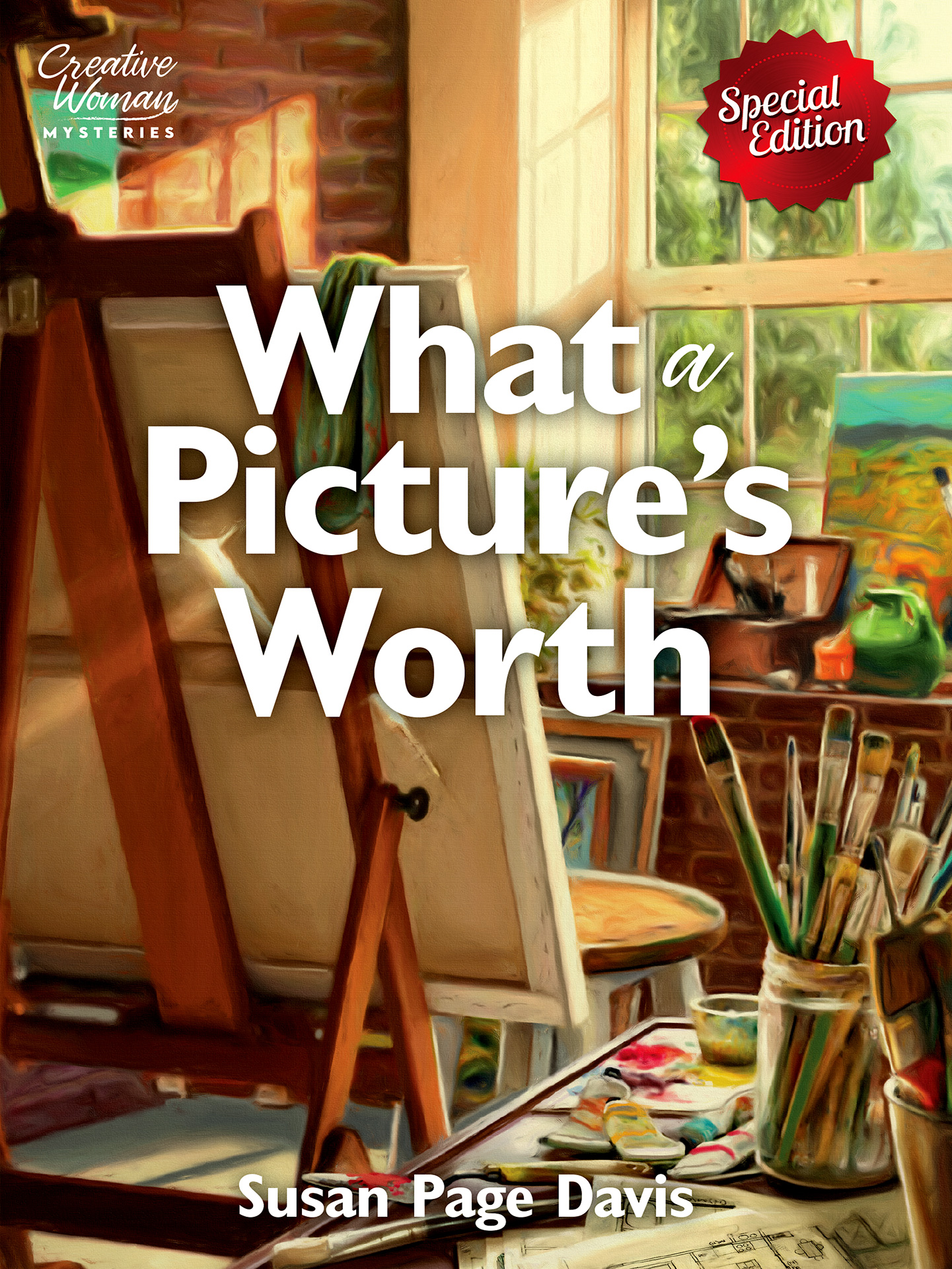 Subscribe to this club
Fredo Benson, a talented but reclusive artist, is one of the most successful vendors in Shannon McClain's craft market in Apple Grove, Oregon. But he also harbors a dark and deadly secret.
When Shannon locks up Benson's loft studio late one night, she discovers detailed sketches of Paisley mansion, the home she inherited from her grandmother. The sketches could only have been drawn from sessions within the walls of the stately mansion; obviously Benson has been inside the home with neither Shannon's knowledge nor permission.
Before Shannon, a recent transplant from her native Scotland, can confront Benson she and her son, Alec, stumble onto a gruesome murder mystery -- obviously one with Shannon, her home, and family at its epicenter. Even as Shannon and Jack Grayson, Apple Grove's chief of police, try to connect the dots between the murder and several break-ins at Paisley mansion, the mystery's path takes one dangerous twist after another.
Could the link possibly be the vintage Art Deco beaded purse that Shannon has been contracted to restore? The purse is from the 1920s and valuable in its own right. But does it somehow contain the key that will unlock this tale of violence and intrigue?
Join Shannon and the Purls of Hope knitting group as they work to solve this latest mystery to hit the otherwise peaceful town of Apple Grove.

Morgan is the manager of the craft market and quite the expert at card making and stamping. She is most unhappy to have Shannon on the scene as her new boss but she hides it well. What dark secret lurks behind her friendly facade?

Shannon is an avid beader -- running her own custom jewelry business. She thrives on expressing her talents through her one-of-a-kind creations. She is headstrong and can be stubborn at times. But she's best known for her sensitivity to the feelings and needs of others, and for her beautiful smile. Widowed at only 37, she draws strength and inspiration from her two teenage children, but worries about their future. She knows she needs to move on with her life... but she never expected anything like this mysterious inheritance!

Thank you for your interest in What a Picture's Worth