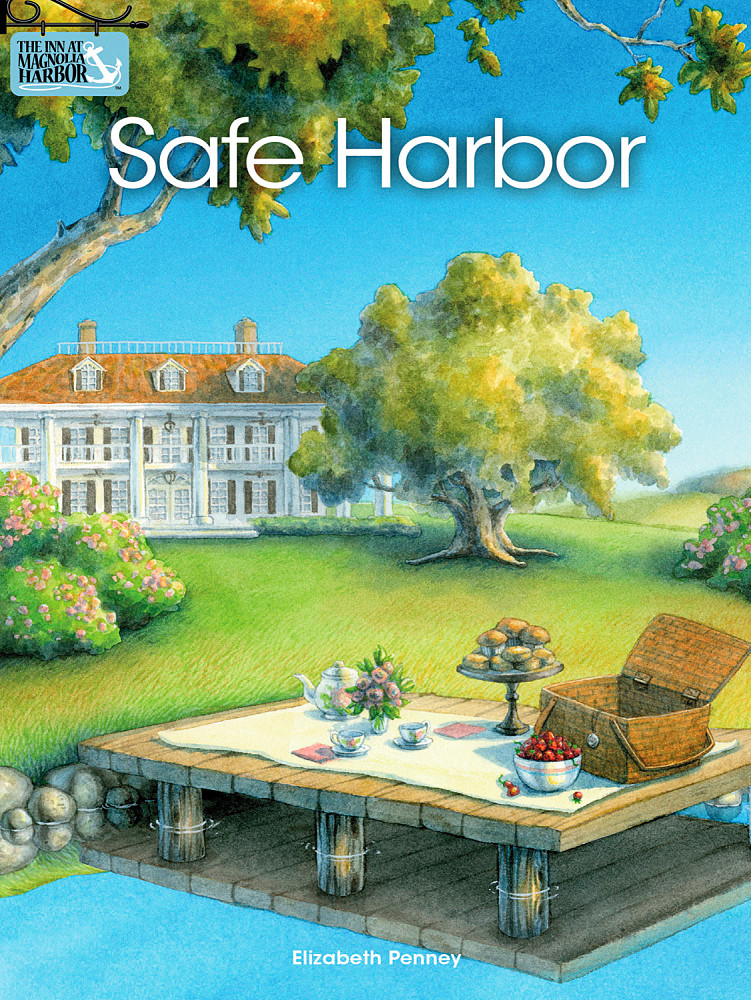 Subscribe to this club
Something exciting is happening in Magnolia Harbor, South Carolina -- the charming coastal village is hosting its first annual Strawberry Festival. Sisters Grace Porter and Charlotte Wylde, who own the Magnolia Harbor Inn, are ready, willing, and able to embrace a full house of guests who've come to town for the food and festivities. But the cozy bed-and-breakfast has a way of providing more than just the comforts of home to its inhabitants...

New Englander Bridget O'Brien is researching a new novel, set in Magnolia Harbor's Victorian past. It isn't just the story that's brought Bridget to the inn, though. She yearns to find her biological mother. With nothing more than an antique locket to go on, Bridget fears her quest for answers will only lead to more disappointment -- but she won't leave without at least trying to learn the truth.

Young doctor Curt King longs to reunite with his former girlfriend, Presley Baker. He's grown and matured since they broke up, but Presley is seeing someone else. Is he too late, or can the grand old mansion rekindle a flame that has sputtered out?

Meanwhile, Anne and Davis Montgomery are starting a new chapter of their lives. Davis has recently retired, and he books a surprise vacation for the two of them in Magnolia Harbor, a place to which Anne never expected to return. Her history with the town is painful, which is why she invented a past and has kept it secret even from her dear husband. Is it just a coincidence that Davis brought her to the inn, forcing her to confront the lies she's told? Or has he brought her to a safe harbor where she can make peace with herself and sail into a bright future with the man she loves?

When lives intertwine at the Magnolia Harbor Inn, there's no denying they've been brought together for a reason -- or that life will be a little sweeter once their stay is over.

A Southern woman through and through, hospitality runs deep in Grace's veins. When the grand antebellum mansion in her hometown of Magnolia Harbor, South Carolina, was up for auction seven and a half years ago, Grace (now age 47) knew purchasing the estate with her sister, Charlotte, and remodeling it to become the Magnolia Harbor Inn was her new calling.

While she'd enjoyed many years of success working in the corporate world, the long hours and constant hustle of life in Charleston had taken its toll. Plus, it had been no small feat raising her son, Jake, on her own after a tragic accident took the life of her beloved husband when Grace was just 26 years old.

Now that Jake was grown and making a life of his own, Grace was happy to trade in the traffic jams for relaxing strolls along the sparkling shoreline of Lake Haven. Maybe she'd even wander down the lane to visit her handsome new neighbor, Spencer Lewis, who recently bought Blossom Hill Farm. A friendly gesture that Grace knew her aunt Winnie would surely approve of, but not before checking to make sure each guest at the inn has everything they need.

With an incredible knack for knowing what others need, often before they do, Winnie's intuitive nature, gentle spirit and worlds of wisdom are appreciated not only by her nieces, Grace and Charlotte, but by the guests who come to stay at the Magnolia Harbor Inn. At 69 years old, Winnie lives a fun, fulfilling and active life. She enjoys taking daily walks over to the inn, which is less than a mile away from the home she shares with her husband, Gus, and meeting up with The Busy Bees Quilting group to handcraft beautiful blankets, table runners, wall hangings and more.

Thirteen years younger than Grace, Charlotte is a smart, savvy and sensational chef who loves mixing up homemade dishes for the guests at the Magnolia Harbor Inn. In fact, purchasing the inn with her sister was just the step Charlotte needed to get out of Charleston's cutthroat restaurant business and into running the inn's kitchen as she sees fit. When she's not piping ganache onto her freshly baked pastries, Charlotte is penning recipes for her next cookbook--she already has three that made the best-seller list!

“
Excellent characters and storyline. Cannot wait for the next one!
Shelagh, UK
“
I just love all your series stories. They are a great read.
Patricia, Mississippi
“
Hard to put the book down!
Vicki, Oregon
“
What an exciting series! I love the quilt squares, too.
Kathy, Maryland

Thank you for your interest in Safe Harbor