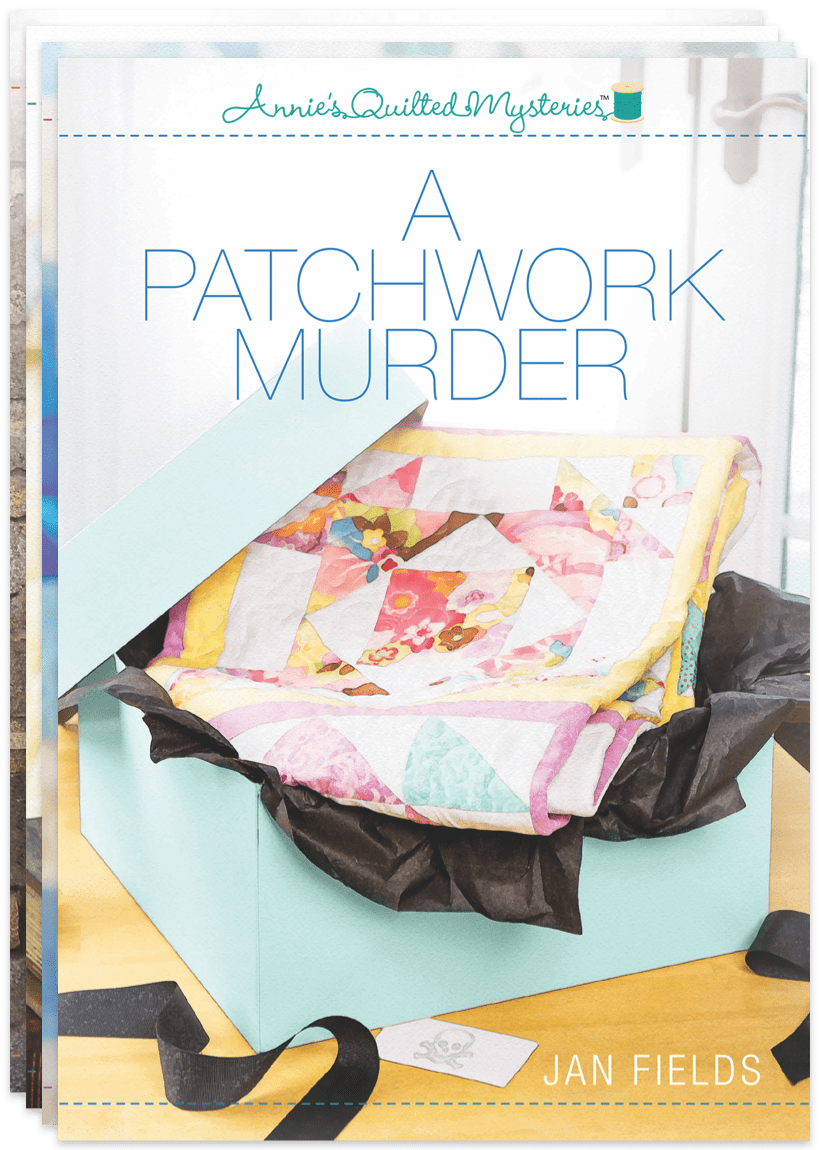 12 books in this Club

Could an old quilt be the key to solving the murder of a dear friend? Join Emma and the Nimble Thimbles quilting group as a patchwork of clues leads them on a riveting journey to the truth.

You'll fall in love with cozy Mystic Harbor, Massachusetts, and its lovable residents -- especially the women of the Nimble Thimbles quilting group, who relish friendship and are determined to track down the crafty killer of their dear friend Rose!

Tracking down a murderer is not a tidy affair, but reading how a few crafty quilters piece together the clues will have you on the edge of your seat! In this thrilling 12-book club, you'll follow the clues to exciting places like an Irish castle by the sea, a luxurious Caribbean cruise, a quaint B&B in Amish country, and more!

A Patchwork Murder will introduce you to Emma Cotton and Kelly Grace, as they uncover new clues to their friend's unsolved murder.

When Rose Peterson, textiles instructor and member of the Nimble Thimbles quilting group, mysteriously died, her crafty friends didn't buy that it was an accident, but the police wouldn't listen. And now, 15 years later, fresh clues and startling revelations inspire her two best friends and a cast of loveable characters to doggedly track down the killer's identity, hidden in -- of all things -- a patchwork quilt.

From the very first chapter, you'll find A Patchwork Murder impossible to put down. You'll feel as if you're one of the quilt group tracking down a killer. You'll imagine that you, too, are strolling down the streets of Mystic Harbor ... lunching at the Hawthorne House with the local townsfolk ... and helping Emma piece together the clues found in 12 quilt blocks.

Thank you for your interest in Annie's Quilted Mysteries Club